Wolfgang Niersbach will remain on FIFA's executive committee despite resigning as head of the German FA (DFB) over a 2006 World Cup scandal, soccer's governing body said on Wednesday.

"We can confirm that Mr Niersbach has informed FIFA that he will remain in his functions as a member of the FIFA Executive Committee," said FIFA in a statement.

Niersbach, one of eight European representatives on the FIFA executive committee who are elected via UEFA, quit the DFB on Monday in the fallout from the latest scandal to hit soccer.

FIFA itself has been thrown into turmoil by the U.S. indictments of 14 football officials and sports marketing executives for alleged corruption.

Its president Sepp Blatter is suspended and facing criminal investigation in Switzerland. Michel Platini, European soccer's ruling body head and the man who had been favourite to replace Blatter in February's election, is also suspended.

Niersbach said that he was taking the responsibility for a controversial €6.7m payment to FIFA allegedly used to bribe officials of world soccer's governing body to vote for Germany's World Cup hosting bid.

The 64-year-old, formerly spokesman and then general secretary of the DFB, said he was taking the "political responsibility" for the scandal, which has tarnished the reputation of the world's biggest national soccer federation. 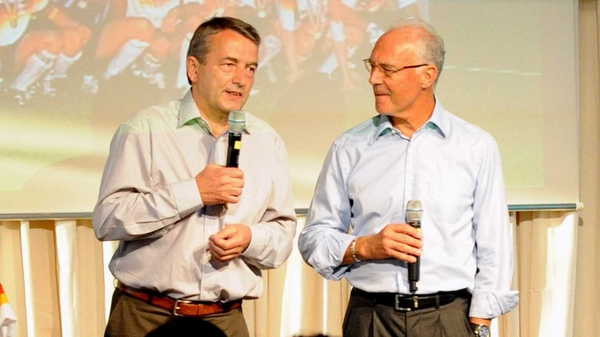