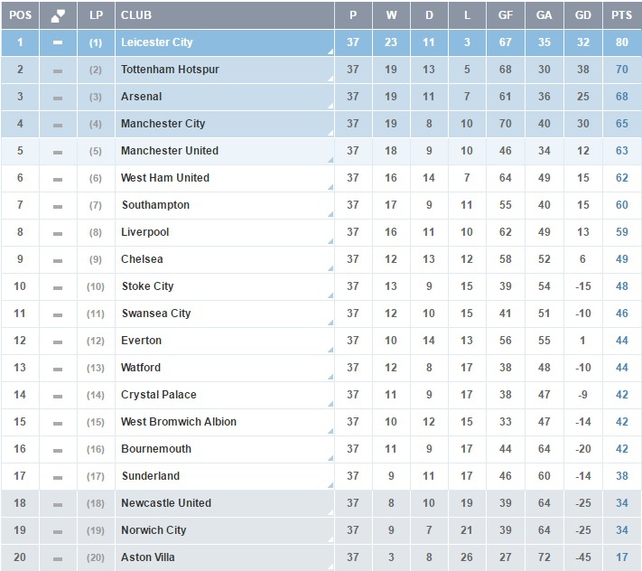 Jack Wilshere is in line for his first start since last year's FA Cup final with Santi Cazorla also in contention. Alex Oxlade-Chamberlain (knee) and Per Mertesacker (hamstring) are missing.

Alan Hutton and Ciaran Clark are fresh injury concerns for Aston Villa, while fellow defender Kieran Richardson remains a doubt and teenager Kevin Toner is likely to retain his place, having enjoyed a run in the first team in recent weeks. Midfielder Jordan Veretout will probably stay sidelined with his pelvic problem.

Aly Cissokho is available again after suspension while striker Rudy Gestede has resumed training after injury ruled him out of the goalless draw with Newcastle last weekend. 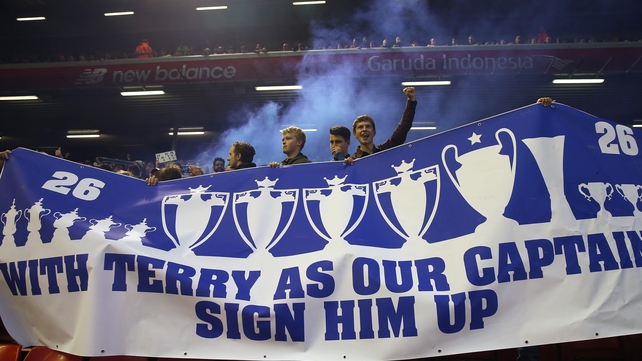 John Terry is suspended for what could still be his Stamford Bridge farewell. The 35-year-old has been offered a one-year contract which the club say he is now considering.

Thibaut Courtois has recovered from illness and could displace Asmir Begovic in goal, while defender Branislav Ivanovic (groin) has returned to light training and could come into contention. Diego Costa (hamstring) is out, alongside fellow striker Loic Remy (groin) and defender Kurt Zouma (knee).

Robert Huth remains suspended for champions Leicester as he serves the second of a three-game ban for pulling Marouane Fellaini's hair, so Marcin Wasilewski is likely to deputise again. Danny Drinkwater is available again after his own ban.

Tim Howard will make a final appearance in goal for Everton. The 37-year-old is leaving Goodison Park after 10 years to return home to the United States, where he will join the Colorado Rapids.

Captain Phil Jagielka has returned to training following a hamstring injury while Republic of Ireland full-back Seamus Coleman will have a late fitness test on a similar problem.

Norwich could be unchanged at Goodison Park from the side which beat Watford 4-2 on Wednesday. The Canaries are still without defender Timm Klose (knee) plus midfielders Jonny Howson (knee) and Alex Tettey (ankle). 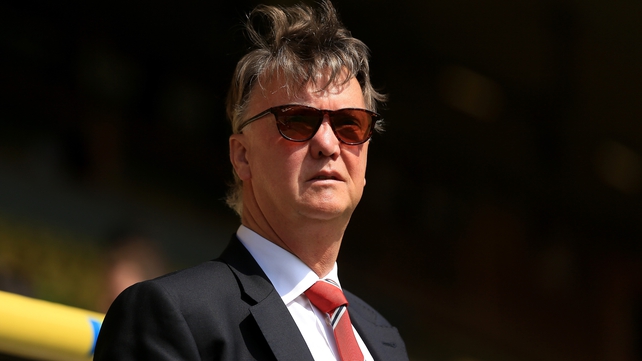 Adnan Januzaj will miss out with a hamstring injury. The Belgium international is joined on the sidelines by Italy's Matteo Darmian (ankle), while Ashley Young is making his way back to full fitness. Marouane Fellaini continues to miss out through suspension, while Bastian Schweinsteiger (knee) and Luke Shaw (leg) are still sidelined.

Bournemouth manager Eddie Howe has no fresh injury or suspension worries. Adam Smith is unavailable due to a groin injury which forced him off in the 4-0 defeat to Manchester City at the beginning of April. Sylvain Distin (back), Tyrone Mings (knee) and Tokelo Rantie (muscular injury) remain long-term injuries.

Full-back Daryl Janmaat was an unused substitute for Newcastle in last weekend's goalless draw at Aston Villa after recovering from groin and hand injuries, but goalkeepers Tim Krul and Rob Elliot (both knee) and defenders Fabricio Coloccini (calf) and Massadio Haidara (knee) remain on the sidelines.

Tottenham manager Mauricio Pochettino has no fresh injury concerns. Dele Alli and Mousa Dembele are both still missing as they serve bans for violent conduct while Nabil Bentaleb remains sidelined with a knee injury. 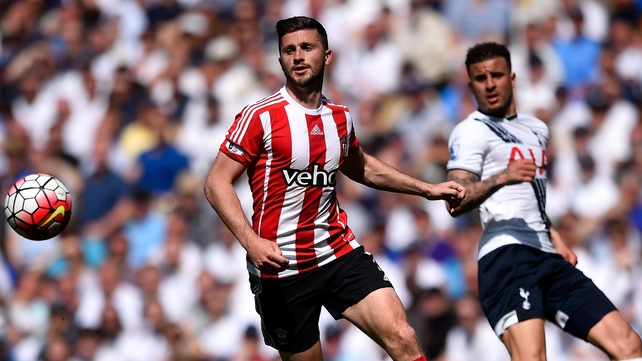 Southampton manager Ronald Koeman has no fresh injury or suspension worries. Sadio Mane missed Saints' 2-1 win over Tottenham due to illness but has recovered and could be included in Sunday's squad. Jordy Clasie remains sidelined with a groin problem.

Alan Pardew is to rest at least two of his key players ahead of the FA Cup final as Wilfried Zaha has a leg muscle problem and Wayne Hennessey will be left out, making way for Julian Speroni to equal Palace's club-record appearances for a goalkeeper. However, Joe Ledley is out with a fractured fibula.

Stoke (10) v West Ham (6)
Shay Given has recovered from a knee injury and could get a welcome runout at the Brittannia with the Euros just around the corner. However his former international team-mate Stephen Ireland is expected to be sidelined for eight or nine months after suffering a double leg fracture in training.

The Potters also have Ibrahim Afellay, Marc Wilson (both knee) and Jack Butland (ankle) unavailable. Sunday's game could see Glen Johnson involved after a spell out with a groin problem.

Goalkeeper Adrian remains West Ham's only absentee. The Spaniard is still recovering from a calf problem so Darren Randolph, the current incumbent of the Irish No 1 jersey, will continue to deputise. 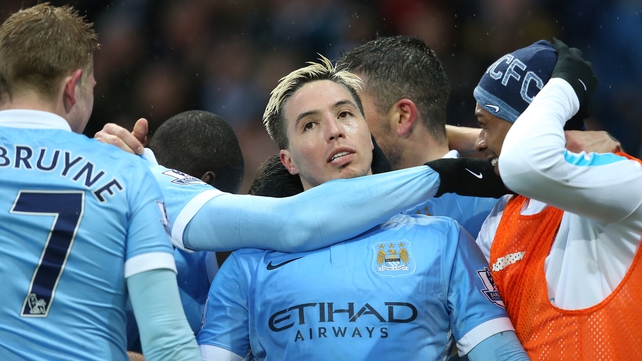 Swansea's four Euro 2016 representatives will be rested. Skipper Ashley Williams, Neil Taylor and Gylfi Sigurdsson all missed last weekend's 4-1 win at West Ham, and Poland goalkeeper Lukasz Fabianski now joins them in getting a breather ahead of this summer's finals in France.

Swedish goalkeeper Kristoffer Nordfeldt will make his league debut in a Swansea side also set to be without Jefferson Montero and Alberto Paloschi (both hamstrings) again.

Midfielder Samir Nasri is back in contention after recovering from the illness which prevented him playing a full part in training last week.

Watford remain without Valon Behrami and Etienne Capoue (rib and knee), but otherwise Quique Sanchez Flores has a fully-fit squad to select from for his last game at the helm.

Allardyce has promised to cast an eye over young talent, bringing the likes of Jordan Pickford, George Honeyman, Tommy Robson, Liam Agnew and Rees Greenwood into the frame. 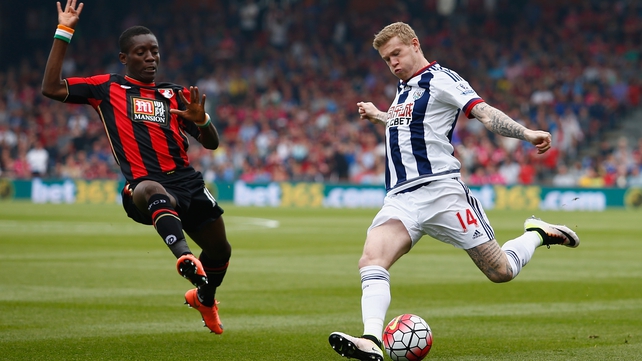 James McClean, Chris Brunt and James Morrison are all out of West Brom's final game of the season at home to Liverpool on Sunday.

Republic of Ireland winger McClean has a back problem while Morrison remains sidelined with a hamstring injury and could have played his last game for the club, with his contract expiring in the summer. Northeren Irishman Brunt is missing with a serious knee injury that will keep him out of the Euros.

Liverpool manager Jurgen Klopp is expected to rest a number of first-choice players with one eye on next week's Europa League final. Striker Danny Ings, out since October after cruciate knee ligament surgery, could feature, as could youngster Sergi Canos after he returned from an impressive loan spell with Brentford. 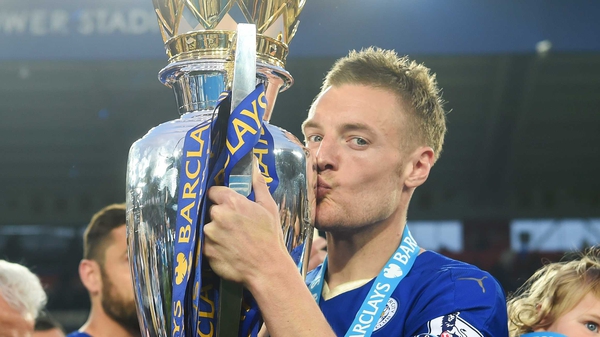