Steven Gerrard says he is enjoying going "unnoticed" in Los Angeles - but plans to return to Liverpool "sooner rather than later".

The 35-year-old said he and his family were "happy " living in California, but admitted he missed friends and family in the UK as well as attending games at Anfield.

Speaking at a fans' question and answer session at LA Galaxy's stadium, he said: "I will be going home at some point.

"I don't want to start any unnecessary rumours. I'm really happy where I am at the moment. But I'm sure somewhere down the line I will represent Liverpool football club.

"I miss my friends and my family. I miss a bit of cold weather.

"I miss going to the games. I spent 35 years in Liverpool. Liverpool's my home, it always will be. This is my second home for a short period of time.

"Sooner rather than later I will return to where I'm comfortable with my people - and that's Liverpool."

Gerrard, who came on as a substitute and scored the Galaxy's final goal in their 4-2 win over New England Revolution on Sunday, said his wife Alex and daughters, Lilly-Ella, Lexie and Lourdes, were "enjoying a different life experience" in LA.

He added: "Obviously the city's a fantastic city for myself and my family, the climate, there's plenty to do. I'm pretty much unnoticed as well, which is a bonus.

"I'm getting on a little bit now so eventually we'll move back and settle in Liverpool."

Gerrard, whose 10-year-old cousin Jon-Paul Gilhooley was the youngest person killed in the Hillsborough disaster, declined to speak about the conclusion of the inquest into the deaths of the 96 victims.

An inquest jury ruled last month that the victims were unlawfully killed and that blunders by the police and ambulance service on the day "caused or contributed to" Britain's worst sporting disaster.

Following the conclusion of the inquest, Gerrard shared an image on Instagram of the Hillsborough memorial at Anfield with the caption "JFT96 #YNWA". He also wore a black armband during an LA Galaxy game on April 15 to mark the 27th anniversary of the tragedy. 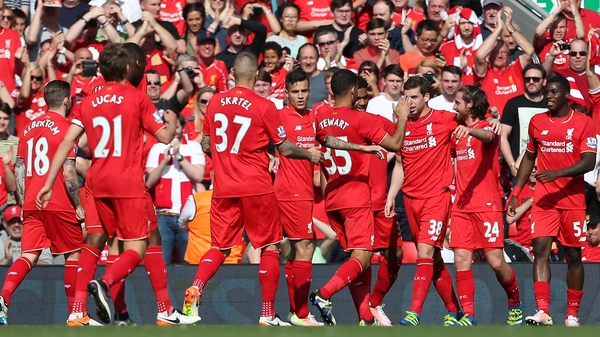 Liverpool keep their focus in seeing off Watford