The home side got a few big breaks though, having avoided being reduced to ten men and having a penalty awarded against them in the second half.

Orlando, leading 1-0 through Cyle Larin's third minute opener, had strong claims for a penalty when Red Bulls defender Karl Ouimette hacked down the same player from behind with just over an hour gone.

The tackle looked worthy of a penalty and a red card but referee Hilario Grajeda waved away Orlando's appeals.

Ouimette scored an own goal late on to give Orlando hope but the Red Bulls held on for just their second win of the year.

Sporting Kansas City were left ruing another referee's decision not to award a penalty as they lost 1-0 to San Jose Earthquakes.

Sporting's Dominic Dwyer went down under a challenge from behind by Andreas Imperalie ten minutes into the second half only for the referee to wave play on.

Having survived a penalty shout against them, the Earthquakes were then awarded one of their own four minutes later and Chris Wondolowski stepped up to net his seventh goal of the season.

David Bingham made five quality saves to preserve the win of San Jose, who moved two points clear of Kansas City in the Western Conference and three behind leaders Dallas.

"100 percent penalty and red card, changes the game. Doesn't get called," he fumed. "It's unfortunate. It was a big miss."

His San Jose counterpart, Dominic Kinnear, admitted his side caught a break.

"From my thought and where I was sitting, it looked like a penalty to me," Kinnear admitted. "I thought we got off the hook there to be honest. It's a big relief that the call went in our favour." 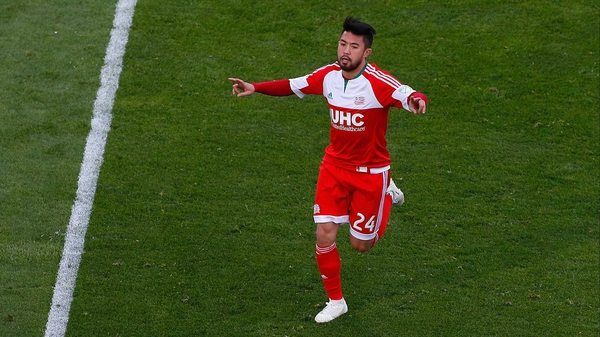