The win extended Galaxy's unbeaten streak to five games and moved them into third in the Western Conference on 14 points. Real Salt Lake, who suffered their first defeat of the season, are also on 14 points after seven games.

The Galaxy hit back through Gyasi Zardes three minutes later, before Mike Magee, Emmanuel Boateng and Giovani dos Santos gave them a 4-1 lead by half time.

"It was fun to see everything click," said Boateng. "Hopefully, it's something we can build on."

Real Salt Lake's Javier Morales converted a penalty kick in the 70th minute before Gerrard capped the scoring with his first of the season two minutes into added time.

Western Conference leaders Dallas suffered a 3-0 loss to the Whitecaps in Vancouver, while Colorado, in second place, beat Seattle 3-1.

Kei Kamara scored a penalty in the 21st minute to give Columbus Crew a 1-0 win against Houston Dynamo. 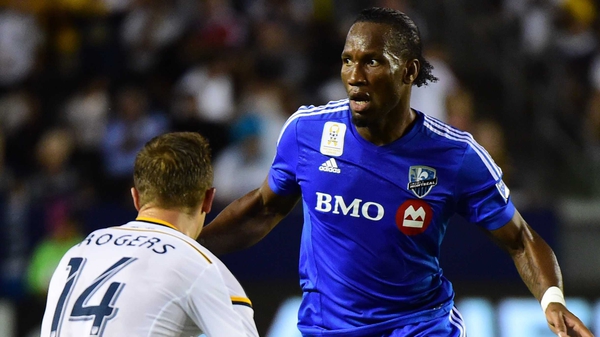 MLS review: Drogba back with goal for Montreal