Ireland goalkeeper Shay Given earned a recall but couldn't prevent Stoke from falling to a 4-0 Premier League defeat to title-chasing Tottenham at the Britannia Stadium.

The visitors produced a scintillating display of attacking football and took the lead after nine minutes when Kane curled a shot past Given.

Christian Eriksen struck the bar for Tottenham before halftime and the visitors wasted several good chances before Eriksen played in Alli to make it 2-0 in the 67th minute.

Alli then somehow struck the post with an empty goal gaping but Kane spared his blushes when he coolly tucked away Erik Lamela's pass for his 24th league goal of the season.

It was a result that looked likely from the outset as Given, making his first Premier League start for the club, just two days before he turned 40, prevented Kane turning home a threaded Erik Lamela pass.

The in-form striker would only be denied for a matter of minutes, though. Linking up with Mousa Dembele and collecting the ball on the edge of the box, Kane cut inside and bent home superbly to the delight of the 2,849 travelling fans.

It capped an impressive start by Spurs that Alli was doing his utmost to add to, having an effort blocked, charging down a clearance and firing over from an acute angle in quick succession.

Stoke soon began to up their game but Toby Alderweireld was marshalling the defence impressively, with a fierce Marko Arnautovic strike the first to get through to Hugo Lloris.

The Austria international nodded wide and Bojan fired over before focus turned to referee Neil Swarbrick - replacement for Kevin Friend due to his allegiance to Leicester - during a scrappy period in which Ireland midfielder Glenn Whelan and Dembele somehow avoided bookings. 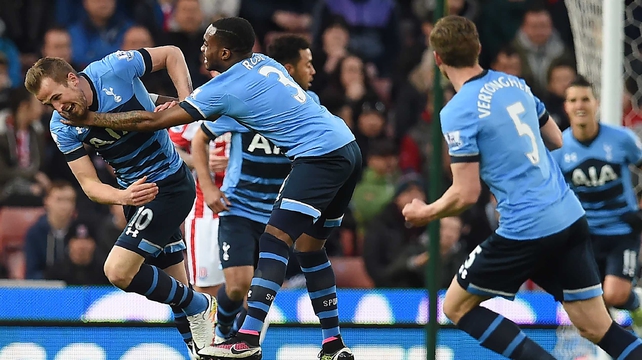 Pochettino's men upped the ante as half-time approached and Lamela passed to Alli, whose superb flick put Eriksen through and the Danish playmaker struck the crossbar.

Alli had an effort blocked and Kane struck across the face of goal before the half-time whistle gave Stoke some welcome respite.

Ibrahim Afellay and Arnautovic failed with attempts to level the score early in the second half, which was nine minutes old when Alli blazed over after Eriksen intelligently cushioned the ball.

Lamela saw a near-post effort denied and Alderweireld had penalty appeals ignored after going down under pressure from Ryan Shawcross. 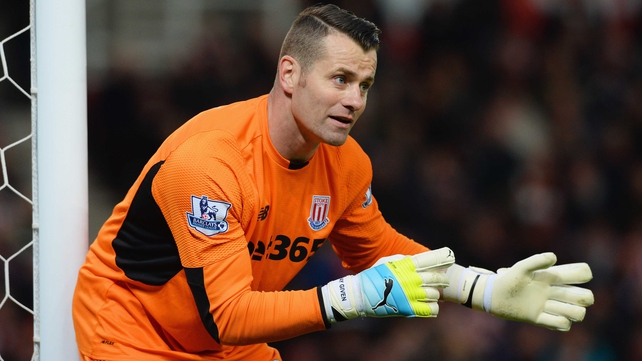 However, Spurs would soon get the goal that gave them breathing space as Eriksen showed wonderful vision to find Alli, with the midfielder showing composure and skill to lift the ball over Given.

Pochettino punched the deck in anger when Alli next went through as composure turned into complacency, rounding the goalkeeper only to strike the post.

That was soon forgotten, though, as Stoke's complaints for offside were rightly ignored and Lamela squared for Kane to direct home.

Mark Hughes' side were now being completely outplayed and things got even worse for them in the 82nd minute, with Eriksen's cross met by an exceptional Alli volley. 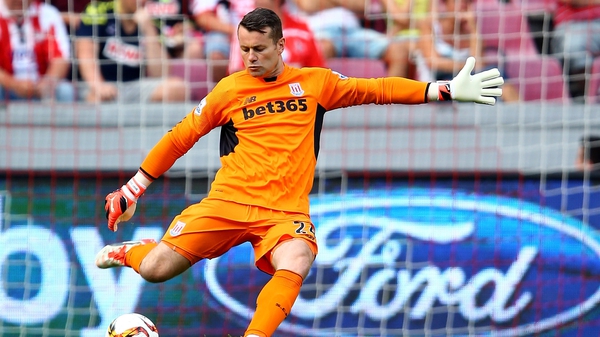 Boost for Ireland as Shay Given handed Stoke City start