The Donegal native will hope to boost his own chances of securing a place in Martin O’Neill’s Euro 2016 squad after getting the nod from Hughes, who has dropped Jakob Haugaard who had been favoured since the injury to England international Jack Butland.

Haugaard has conceded six goals in two games since deputising for Butland but Hughes last week publicly back the Danish goalkeeper.

Tonight though he has handed 39-year-old Given his first top-flight start since Aston Villa’s 6-1 mauling at the hands of Southampton last May.

Given hasn't played since being forced with a knee injury during the Republic of Ireland's 1-0 defeat of world champions Germany last October and is competing with Darren Randolph and David Forde for a place in the Ireland squad, with Keiren Westwood currently out of favour with O'Neill.

There was further good news on the Irish front with Glenn Whelan also picked to start after missing the defeat to Liverpool with a back injury. 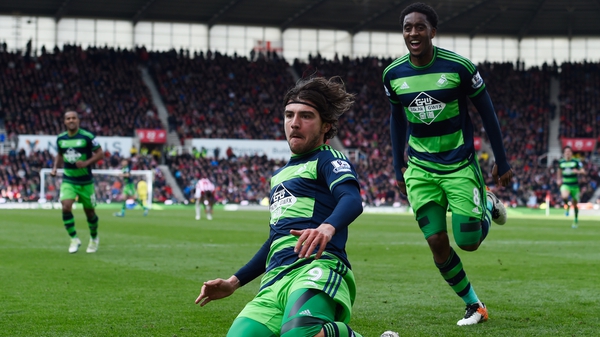 Shay Given watches from bench as Stoke squander two-goal lead