Liverpool will play Spanish side Villareal in the semi-final of the Europa League after the two sides were paired together in today's draw in Switzerland.

The Reds produced a stunning comeback to beat Borussia Dortmund 4-3 at Anfield with a stoppage-time goal from Dejan Lovren which secured a place in Friday's draw.

The other semi-final will see holders Sevilla, who are chasing a third successive Europa League title, take on Ukrainian side Shakhtar Donetsk.

The ties will be played on April 28 and May 5, with Liverpool set to host the second leg.

The final is at St Jakob Park in Basel, Switzerland, on May 18, when the winners can claim a place in the Champions League for next season.

Liverpool and Villarreal have never met in Europe.

The Spaniards progressed to the semi-finals following a 6-3 aggregate win over Sparta Prague.

Sevilla overcame Athletic Bilbao on penalties to stay on course to become the first side to win the Europa League three times in a row, while Shakhtar secured their place in the semi-finals by beating Braga of Portugal 6-1 over two legs. 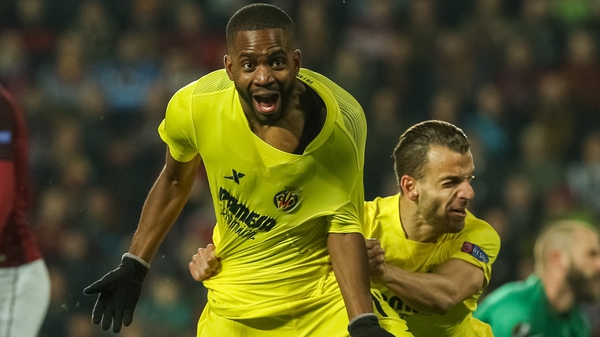