Former Republic of Ireland international Liam Brady expects Paris Saint-Germain’s greater experience to see them through against Manchester City in the last eight of the Champions League.

The French giants, appearing in the quarter-finals for the fourth successive year, host the Premier League side at the Parc des Princes tonight [Live on RTÉ2 and online at rte.ie/player from 7.30pm].

Laurent Blanc's side come into the game in a rich vein of form having already wrapped up their domestic title for a fourth successive year with nine games to spare and saw of the challenge of Chelsea in the last round.

City by contrast have endured an inconsistent campaign and fallen off the pace in the Premier League title race and are now even facing a battle to hang onto a place in the top four.

RTÉ Sport analyst Brady believes that PSG’s experience, couple with injuries to key City players, could be enough to see the Ligue 1 side reach the semi-finals.

“It’s evenly balanced,” he told RTÉ. “Probably PSG are have a little bit more experience in the Champions League. This is City’s first time in the quarter-finals.

“City also have important players injured. Yaya Toure has not travelled to Paris and Kompany the captain is not playing so I think that tips the scales in the favour of PSG.

“I was quite impressed by PSG against Chelsea. They have a lot of good players and Ibrahimovic, despite his age, is still performing brilliantly.”

With City faltering domestically and the bookies predicting a European exit, Brady told Morning Ireland listeners that the imminent arrival of Pep Guardiola has had a destabilising effect on the club.

“The whole Guardiola business hasn’t helped matters. When a manager’s told at the end of the season he’s leaving, he kind of loses his authority,” he said.

“That’s why they are getting such inconsistency in their results, but they will be up for it tonight.

“Every player relishes the Champions League, but I think PSG will have too much for them over the two legs.” 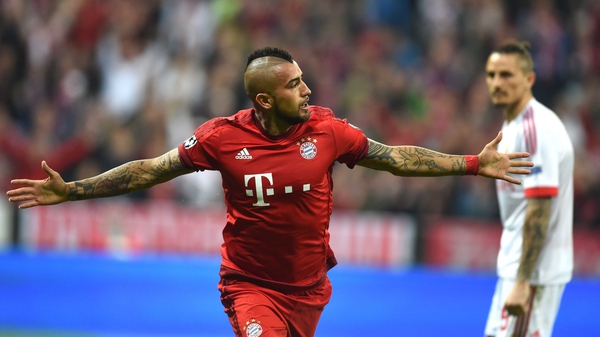 Bayern frustrated by Benfica but ahead through Vidal