The future of Irish soccer is bleak and something drastic needs to be done at underage level, says Eamon Dunphy.

Martin O’Neill’s senior side will compete in Euro 2016 this summer but the Under-21 team have their work cut out to make it to their European championships next year.

Noel King’s charges lost 4-1 at home to Italy last week and 3-1 away to Slovenia last night.

They now need to win all three remaining Group 2 games to have a shot at making the play-offs for the tournament in Poland.

Speaking to RTÉ 2fm’s Game On, the former Millwall player said: “I watched a bit of the Under-21 game [against Italy].

"I thought it was very, very poor and a bit depressing. I was sort of horrified.

"I know there is a constant debate going on about the underage game here and what might be done to improve it but something drastic does need to be done because after this present generation I don’t know what we’ve got.”

“I’m sad that John’s not going to be working with us,” Dunphy said of the former Leeds midfielder, 75, who has been with the station since the 1980s.

“He’s the best analyst that I’ve ever seen, anywhere.” 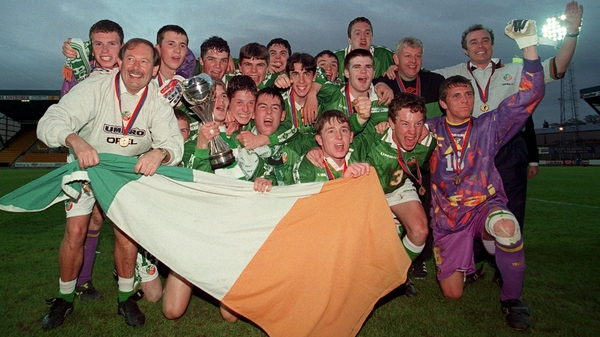