Jack Butland is to undergo a scan on Sunday on the ankle injury he sustained during England's friendly win over Germany - with the Stoke City stopper's injury potentially opening the door for Shay Given to prove his worth in the season's run-in.

Butland picked up the injury towards the end of the first half of Saturday night's clash in Berlin and was carried off on a stretcher to be replaced by Fraser Forster.

The 23-year-old Butland took to social media on Sunday to confirm he is to have tests to determine the extent of the problem, tweeting: "Thank you for all your messages, I'll be having a scan today to see the damage to my ankle and will work hard to get back fit! thank you!"

Given, 39, hasn't played since being forced with a knee injury during the Republic of Ireland's 1-0 defeat of world champions Germany last October.

The Donegal man was left out of the extended panel for the friendlies against Switzerland and Slovakia, but Martin O'Neill has previously intimated that there will be a place on the plane for the veteran if he can prove his fitness. 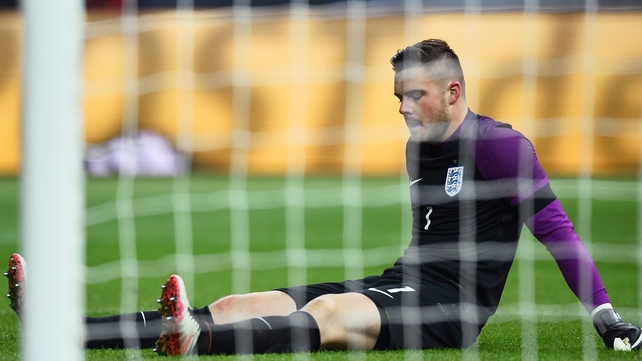 With Given now back in full training with Stoke, Butland's misfortune could now hand him a golden chance to do just that.

The former Birmingham custodian (pictured above) was hurt moments before Toni Kroos opened the scoring in the 43rd minute.

Butland had the chance to put the ball into touch to receive treatment, but chose instead to punt itl down field, whereby Germany claimed possession and raced forward through Real Madrid midfielder Kroos, who beat Butland with a low 25-yard shot at his near post.

Germany made it 2-0 just before the hour-mark, Mario Gomez heading past Forster, but England staged a stunning recovery with goals from Harry Kane, Jamie Vardy and Eric Dier sealing a dramatic 3-2 win.

Butland added on Twitter: "Firstly, what a night to be involved in! an incredible and much deserved win against the World Cup winners, makes me proud to be English!

"But my nature to not give up was my downfall, the injury I'll recover from but more importantly the experience I'll learn from!" 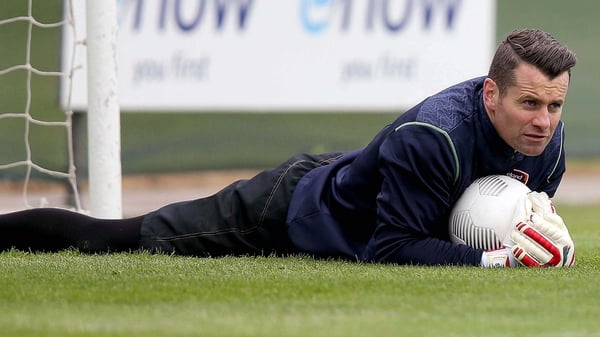