Alan Judge is aiming to force his way into Martin O'Neill's Euro 2016 plans after making his Republic of Ireland debut in the 1-0 win over Switzerland on Friday.

"It was brilliant," he told RTÉ Sport. "I thoroughly enjoyed it. I was so proud to finally get my first cap.

"It was a tough game. They're a very good team with the ball.

"That's what the manager wanted. He wanted it to be competitive and there were a few challenges going in as well, which was good."

Very proud to have made my debut last nyt. One moment I won't forget 🇮🇪🇮🇪🇮🇪. Thank u for all the messages 👍👍 pic.twitter.com/QL2G1tlqDv

The Brentford playmaker played 90 minutes in an unfamiliar right-wing role and was starved of possession but is optimistic he impressed enough to earn some game-time against Slovakia on Tuesday.

"I hope so," he said. "We didn't really have the ball, they had the ball. Roy (Keane) said to me at half-time: 'This is where you show you can work off the ball.'

"Hopefully the manager sees he can trust me to do a job for him and I showed what I can do defensively."

That seems to be the case as manager O'Neill said Judge had "worked very hard".

“He might think it was a wee bit of a frustrating night," said the ex-Celtic boss. "We were hoping to get the ball to him in dangerous areas rather than have him chasing.

“He worked exceptionally hard. We wanted him to be able to isolate the full-back, which is one of his strong points. It wasn't to be but he worked very hard.” 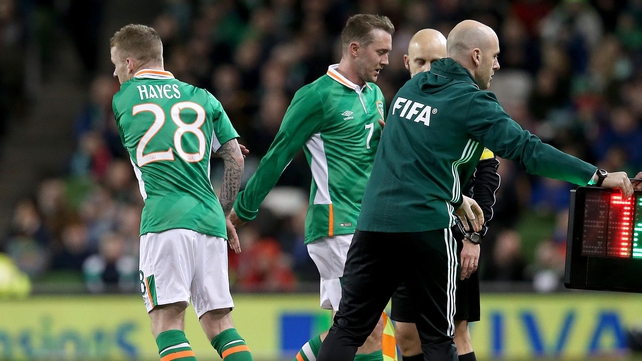 "It was a very proud moment," he said. "I had my family and friends there.

"It (coming on) was a bit unexpected but I enjoyed every minute of it.

"It's a big squad, some very good players playing at a higher level. You never take anything for granted but I was delighted to get on the pitch.

"I have no idea about Tuesday. I'll just enjoy this moment and savour it and look forward to training." 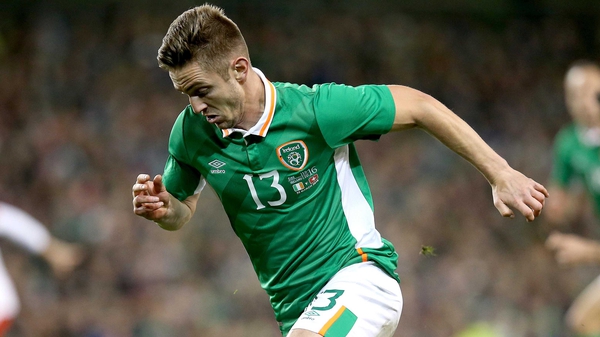