Dutch football great Johan Cruyff has died at the age of 68.

The former Ajax and Barcelona forward, who also managed both clubs, was diagnosed with lung cancer last October. He died of cancer, it was announced on Thursday.

A statement on his website said: "On March 24 2016 Johan Cruyff, 68, died peacefully in Barcelona, surrounded by his family after a hard fought battle with cancer. It's with great sadness that we ask you to respect the family's privacy during their time of grief."

Cruyff captained the Netherlands at the 1974 World Cup, at the height of his playing career, and led the Dutch to the final. Despite winning them an early penalty, which Johan Neeskens converted, Cruyff and the Netherlands were left disappointed as they lost 2-1 to West Germany.

At Ajax he won seven league titles but most notably three consecutive European Cups from 1971 to 1973. 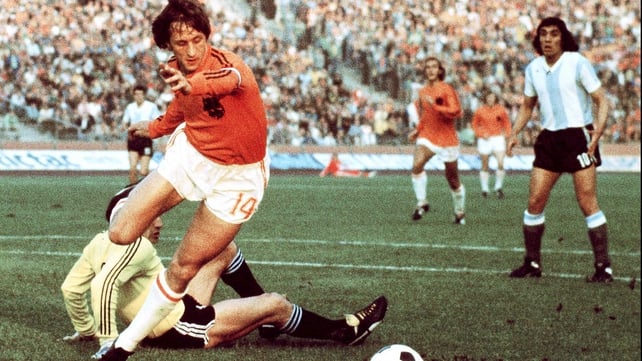 A prolific goalscorer, and a great creator for others, Cruyff even had his own trick, famous to this day. The 'Cruyff turn' was perfected by its inventor, who finished his playing career with spells at Ajax and Feyenoord.

A sought-after football thinker, he managed Ajax from 1985 to 1988, and then, just as in his playing career, Cruyff was lured away by Barcelona.

At the Nou Camp he won the European Cup, in 1992, and four league titles among a raft of trophies.

During his time at the club he underwent major heart surgery in 1991, which prompted him to stop smoking.

He was sacked by Barcelona in 1995 but remained influential at the club for the rest of his life.

Ajax issued a short statement that read: "Johan Cruyff has died in Barcelona at the age of 68. The greatest Ajax player of all time had suffered with lung cancer since October last year.

"Ajax share in this great loss and wish the families much strength."

The initial reaction from Barcelona was succinct.

Before the grand tributes that will follow, the club tweeted simply: "We will always love you, Johan. Rest in peace."

It is with great sadness that we've learnt of the death of Johan #Cruyff. Words cannot express the loss we feel. #14 pic.twitter.com/mt7XAM9GLE

Johan Cruyff. Extraordinary player. One of the best ever. Had the privilege to play with him twice. RIP

The '14' will never be the same. RIP Johan Cruyff. pic.twitter.com/OZxbF4Z0kO

RIP Johan - proud to have had the chance to play against you in 1982 for Celtic v Ajax. A legend then, now a legacy of genius. #geniuscruyff 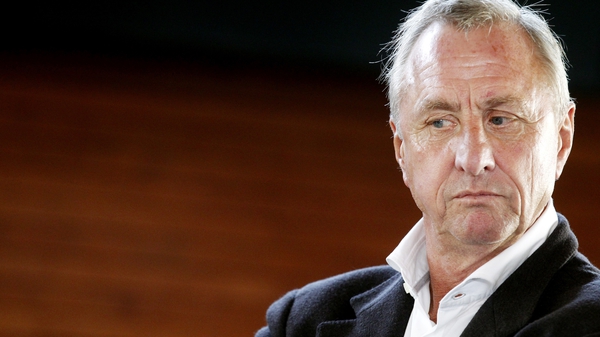 Johan Cruyff says it's 'all hands on deck' in cancer battle