Johan Cruyff has said it is "all hands on deck" dealing with his lung cancer.

The former Ajax, Barcelona and Holland star's illness was made public last month with the 68-year-old's official website reporting that he had undergone various check-ups in Spain.

At the time the world of football united in their support for Cruyff, a three-time Ballon d'Or winner who is regarded as one of the game's greatest ever players.

And now Cruyff, writing in his De Telegraaf column in his native Holland, said: "We are well underway with my illness. It is all hands on deck.

"Thinking and talking about football gives me a lot of joy and takes my mind of worrying about the illness.
"The exceptional medical staff have finished their preparations and we are now going into a new phase, knowing that a lot of excellent work has been done."

Cruyff led Ajax to three consecutive European Cups from 1971 to 1973 and was the star figure as Holland reached the World Cup final in 1974.

By then he had joined Barcelona for a world record fee and Cruyff became a huge favourite at the Nou Camp, eventually leading the Catalan club to a first European Cup triumph in 1992 and four successive Primera Division titles. 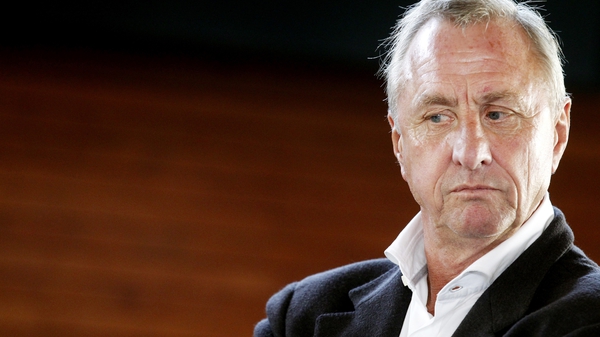