Juan Mata would welcome the prospect of Zlatan Ibrahimovic joining him at Manchester United.

Paris St Germain striker Ibrahimovic's current contract with the French outfit runs out this summer and the 34-year-old Sweden international has been linked with United.

Regarding such talk, Red Devils playmaker Mata told Sky Sports News: "I don't know what he's going to do.

"I don't know if he will be finishing his contract or not with PSG at the end of the season and if he's going to stay there or not. Maybe he tries a new chapter in his long career.

"He is probably the best in the history of Sweden if we talk about football and what he represents."

Ibrahimovic is yet to play for an English club, but has won trophies with the likes of Ajax, Inter Milan and AC Milan, Barcelona and PSG.

"He was in so many countries and different leagues and he's won trophies everywhere. That speaks about his quality as a player and his importance," added Mata.

"I don't decide that, he decides that and the club decides that. But obviously I think every player would be happy to play with him."

Sweden are in Ireland's Euro 2016 group, alongside Italy and Belgium.

Meanwhile, United and Manchester City are to face each other in China this summer as part of the International Champions Cup.

The match will take place in the Bird's Nest stadium in Beijing on 25 July and will be one of City's first under Pep Guardiola, who is set to succeed Manuel Pellegrini at the start of that month.

The tournament will also see United play Borussia Dortmund in Shanghai on 22 July, and City take on the German side in Shenzhen on 28 July. 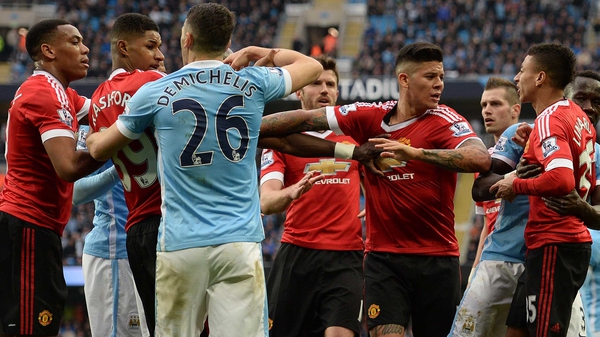