Former FIFA president Sepp Blatter has taken his appeal against his six-year ban from football-related activity to the Court of Arbitration for Sport in an effort to have the sanction revoked.

Blatter and UEFA president Michel Platini last month had appeal hearings after being punished in December over a £1.3million "disloyal payment" made to the Frenchman.

The pair's suspensions were reduced from eight to six years, with their services to football a mitigating factor, but Platini took his case to CAS and Blatter has, as promised, followed suit.

"Joseph S Blatter has filed an appeal at the Court of Arbitration for Sport against the decision issued by the FIFA Appeal Committee on February 16, 2016," a CAS statement read.

"In his appeal to the CAS, Mr Blatter seeks the annulment of the decision taken by the FIFA appeal committee in which he was suspended from all football-related activities at national and international level for six years.

"A CAS arbitration procedure is in progress. First, the parties will exchange written submissions and a panel of three arbitrators will be constituted.

"The panel will then issue directions with respect to the holding of a hearing. Following the hearing, the panel will deliberate and at a later date, it will issue a decision in the form of an arbitral award."

Blatter is aged 79 and the suspension effectively ends his hopes of returning to football, unless CAS rules in his favour.

Platini would be eligible to return in time for the Qatar 2022 World Cup he championed.

Both deny wrongdoing. They claimed the £1.3million payment was made following a verbal agreement between the pair when the Frenchman worked for Blatter from 1998 to 2002, though not paid until 2011 - 13 years after the agreement.

The explanation was rejected as "not convincing" by the ethics committee in December, though it did add the evidence had not been sufficient to secure charges of corruption.

Blatter was last month succeeded as FIFA president by Gianni Infantino, who was secretary general at UEFA under Platini. 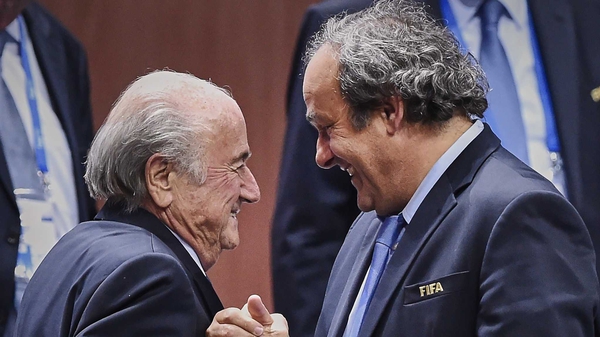