Former UEFA President Michel Platini said it was "insulting and shameful" and a "political decision" that his ban for ethics violations was upheld by FIFA on Wednesday.

Frenchman Platini's suspension, along with that of former FIFA President Sepp Blatter, was reduced from eight to six years by FIFA's appeals committee, based on the mitigating factor of the men's services to the game.

"The charges against me are baseless, built from the ground up and surreal in view of the facts and the explanations I gave during the hearing," Platini said.

"I will go through all the possible appeals, starting with CAS. I will go to the end of my fight to show that I'm innocent."

Former FIFA president Blatter and UEFA chief Platini had their appeal hearings last week after being punished in December over a £1.3m "disloyal payment" made to the Frenchman.

A FIFA statement read: "The FIFA appeal committee, chaired by Larry Mussenden [Bermuda], has partially confirmed the decisions taken by the adjudicatory chamber of the independent ethics committee on 17 and 18 December 2015 regarding Joseph S Blatter and Michel Platini respectively, whose bans have been reduced from eight to six years."

Blatter intends to take his case to the Court of Arbitration for Sport and Platini is expected to follow.

Blatter said in a statement through his spokesman: "I am very disappointed by the appeal committee of FIFA and I will take it to the Court of Arbitration for Sport in Lausanne."

"Some strong mitigating factors for Mr Platini and Mr Blatter were not taken into account when establishing the sanction." - FIFA statement

An appeal lodged by the investigatory chamber for life bans to be imposed was also dismissed, while among the mitigating factors taken into account were the pair's services to football.

The six-year bans began on 8 October, 2015 and expire in October 2021. Blatter is aged 79 and the confirmation of the suspension ends his hopes of returning to football, unless CAS rules in his favour.

Platini would be eligible to return in time for the Qatar 2022 World Cup he championed.

The statement added: "While agreeing with the principles and arguments presented by the adjudicatory chamber in its calculation of the sanction, the Appeal Committee determined that some strong mitigating factors for Mr Platini and Mr Blatter were not taken into account when establishing the sanction.

"In this sense, amongst others, the Appeal Committee considered that Mr Platini's and Mr Blatter's activities and the services they had rendered to FIFA, UEFA and football in general over the years should deserve appropriate recognition as a mitigating factor." 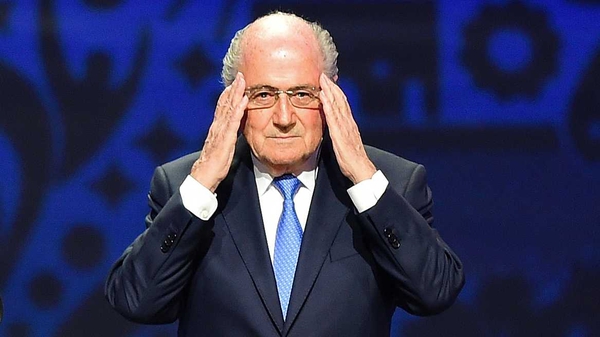