Chris Wondolowski scored his second goal in as many games as the San Jose Earthquakes maintained their 100% record in the MLS with a 2-1 victory over the Portland Timbers.

Wondolowski opened the scoring in the 30th minute and Quincy Amarikwa doubled the lead in first-half stoppage time with a delightful lob over Portland goalkeeper Adam Kwarasey.

Jack McInerney hit a late consolation for the Timbers from a goalmouth scramble.

Sebastian Giovinco hit the equaliser 14 minutes from time to earn Toronto FC a 2-2 draw with New York City FC after they had trailed 2-0.

David Villa put New York City ahead from the penalty spot after Tommy McNamara had been brought down and the Spanish hitman then doubled the advantage when he latched onto a loose ball to drill home from Andrea Pirlo's free-kick.

But Toronto rallied and Damien Perquis slid home Giovinco's ball across the face of goal before Giovinco levelled himself with a fine finish from a marauding run. 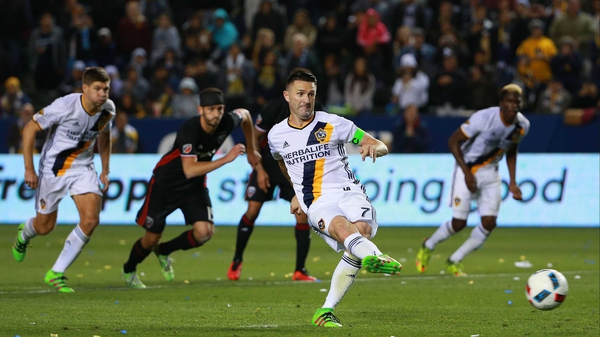