Eamon Dunphy claimed that Manchester United are a club in ‘rag-order’ and that Louis van Gaal’s days at Old Trafford are numbered after 18 months of under-performing.

Van Gaal appears to be on the brink after his side suffered another humiliating defeat, this time coming undone in the Europa League last-32 first-leg clash at Danish side FC Midtjylland, days after losing 2-1 to Sunderland.

United face League One side Shrewsbury in the FA Cup on Monday and defeat in that game could see Van Gaal removed before the end of the season.

Dunphy believes that win or lose against Shrewsbury, Van Gaal has no long-term future with United.

“I think it’s only a matter of time. He’s really bought bad players, the club is in rag order,” he told RTÉ Sport.

“They really shouldn’t be losing to opposition like [Midtjylland] given the money they’ve spent.

“There’s no way Louis van Gaal can continue. They have an away game against Shrewsbury Town on Monday in the FA Cup which is another banana skin.

"I think they’re going to be stuck with each other. I think they need Mourinho and he needs them as well."

“It’s a club in my opinion that has no short to medium-term future. I think they’re gone, they’ve no players and you can’t do it without players. I think he’ll be judged in the end by the players he bought and they’re not very good.

“It’s a long time since Van Gaal has achieved anything and in the 18 months or so he’s been at Old Trafford he’s been most unimpressive,” Dunphy added.

Former Chelsea manager Jose Mourinho has been heavily linked with United, and while he may not be an ideal fit for the club, Dunphy believes he would at least be an improvement on Van Gaal.

“It’s a question of who they can get to replace him. Mourinho is available and he’s a kind of big beast in coaching terms. He’s won all the trophies and you’d think he’s the guy but his style of play doesn’t suit Manchester United.

“Bobby Charlton is a very important and influential person at Manchester United and he’s already said that he doesn’t think Mourinho is the type of person they want because of his antics and behaviour.

“But I think they’re going to be stuck with each other. I think they need Mourinho and he needs them as well,” he said.

“Mourinho is not going to build a club the way Alex Ferguson built a club, but he will perhaps get them back on track, get them back in the Champions League which for their balance sheet is a necessity.

“I wouldn’t say he’s ideal for United but there’s no-one else of his stature around.” 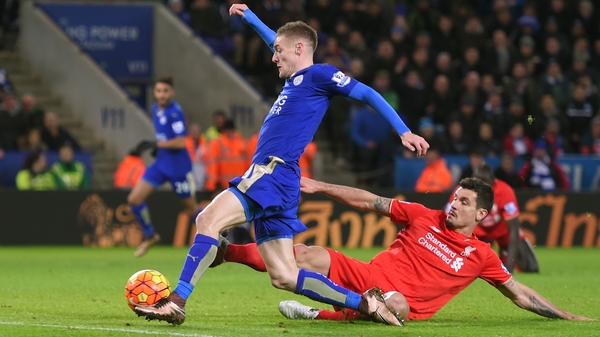