The Foxes, who could have been backed at 5000-1 for the title during the summer, narrowly avoided relegation last year after posting a strong finish to the season, but now find themselves three points clear of moneybags Manchester City after 24 league matches.

With the greatest upset in the history of the game now a real possibility, Dunphy marvelled at their exploits in England’s top flight.

“What they’re doing is phenomenal,” the RTÉ analyst said.

“Their manager of last year, Nigel Pearson, must deserve some credit.

“The wonder in my head is how they were almost in the Championship at the end of last season, they had to perform miracles to stay in the Premier League, and more or less the same squad has got to the top of the Premier League.

“They have a 10-point gap between them and the fifth team, so Champions League football looks on as well.

“For a club like Leicester, it’s amazing. They haven’t spend fortunes, They’ve obviously got good scouts and whoever signed Vardy for £2million or Mahrez for £400,000 from Le Havre, that’s incredible.”

“Their attitude is great. And a lot of them are journeymen - and I don’t use that word disrespectfully -  I was one myself and I know how great the journeyman is."

Dunphy commended Leicester on their collective mindset, adding: “They have a spirit in the team that money can’t buy.

“Their attitude is great. And a lot of them are journeymen - and I don’t use that word disrespectfully -  I was one myself and I know how great the journeyman is.

“But they are players who have been in the Championship and have risen to the challenge of the Premier League.

“I think it’s great for soccer. People will say it’s a non-vintage year - and it sure is as far as the big clubs are concerned - but you’ve still got to go out and win matches.”

Manchester City and Arsenal are two of Leicester’s nearest pursuers, and while the former Millwall man offered qualified praise on the threat posed by City, he was less keen on the chances of an Arsenal side that have been shorn of a number of key players.

“Manchester City have the players in the team, attacking players anyway.

“But it’s a bit of a shambles at the Ethihad – they’re not trying a leg – and when Guardiola gets there the first question he needs to ask the boys in charge is ‘who bought this load of rubbish for that kind of money?’ and when they answer that he might have a big clear-out.

“City, with Aguero and Silva and Sterling, really outstanding players - certainly Aguero and Silva - they have to be a big danger to Leicester. They don’t have any of the qualities that you really would admire, they’re just a group of bandits, really.

“They have key players missing. Cazorla will have to come back, Wilshere, Wellbeck as well, but they’re not near to coming back.

Dunphy also suggested that the league’s biggest clubs have some major existential questions to answer, adding: “Arsenal, Manchester City, Manchester United and Chelsea should all be looking deep into their souls when they see Leicester and what Leicester have achieved with the players they’ve got.” 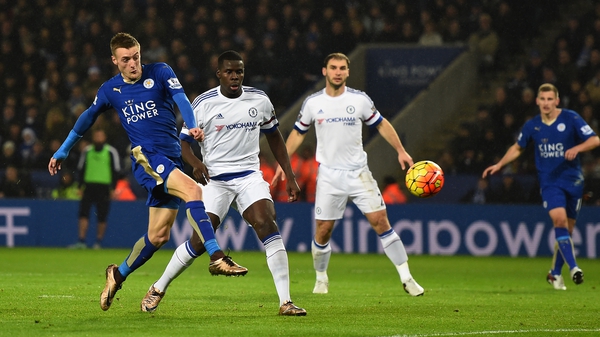