Eamon Dunphy says he "was wrong" to question Cristiano Ronaldo's greatness after the Portuguese star netted his 89th Champions League goal in Real Madrid's 2-0 win in Rome on Wednesday night.

"For all his greatness, and he is undoubtedly one of the greatest goalscorers in the history of the game, the petulance and the histrionics don't endear him to the football lover," said Dunphy.

But, the RTÉ analyst continued, "his greatness now for me redeems everything.

"I used to really dislike him, and think he was a stain on the game almost. A brat, and I don't like to see a brat.

"But he's great. His goals... I was wrong and should have embraced him from the start.

"Athletically and football-wise, he is a great, great player. I don't think we've seen a goalscorer like him in the history of the game, certainly as long as I've been looking at it."

Dunphy was less complimentary about Ronaldo's team-mate James Rodriguez however.

"The President bought him. At that kind of money, he's useless." 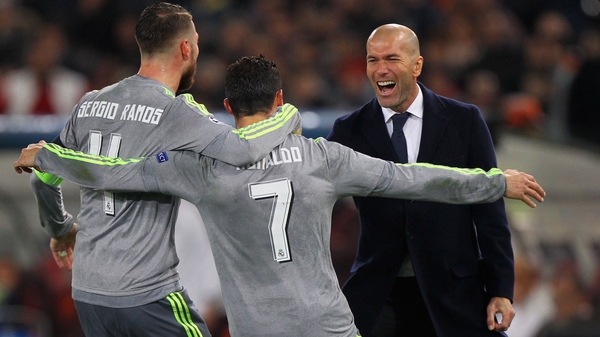