Zinedine Zidane made a winning start to his managerial career in the Champions League as a 2-0 victory in the Italian capital put Real Madrid firmly in control of their last-16 clash against Roma.

A game that had been cagey in the first half opened up in the second, and Cristiano Ronaldo broke the deadlock in the 57th minute.

Both teams had a number of chances after that but it was Real who took advantage, with 22-year-old substitute Jese scoring his first Champions League goal four minutes from time to seal the Spanish giants' first win in Italy since 2004.

The visitors enjoyed the best of what chances there were in the first half but they were largely restricted to long-range efforts.

The closest Real came was a dipping volley from the lively Marcelo in the 33rd minute that would have been one of the best goals the competition has witnessed had the ball dropped the other side of the post. 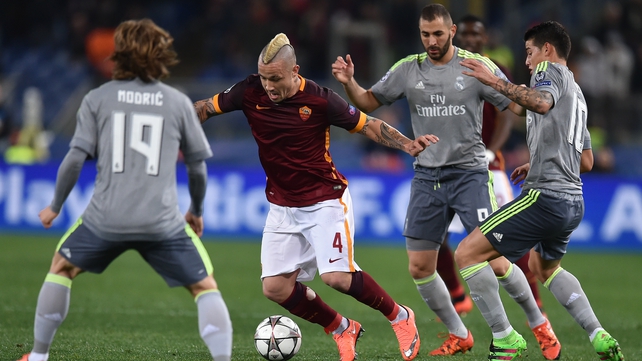 Roma threatened sporadically and might have taken the lead right at the end of the half but for a superb last-ditch tackle from Raphael Varane to deny Stephan El Shaarawy.

El Shaarawy broke through again early in the second half only to be foiled by goalkeeper Keylor Navas, and moments later Ronaldo put Real ahead.

Marcelo played in the forward down the left and he cut inside before unleashing a shot that was deflected past Wojciech Szczesny.

Roma pushed forward in search of an equaliser, and they nearly found it in the 72nd minute but William Vainqueur's volley flew just past the post.

The Italians were leaving lots of space at the back and both Ronaldo and James Rodriguez missed the target with free headers before Szczesny denied Karim Benzema.

At the other end, substitute Edin Dzeko blasted into the side netting from a tight angle, while Dani Carvajal was extremely fortunate to get away with a rash challenge on Alessandro Florenzi in the box.

Zidane, who scored the winning goal for Real in the 2002 Champions League final, sent on Jese for James in the 82nd minute and four minutes later the striker drove towards goal before firing beyond Szczesny into the bottom corner. 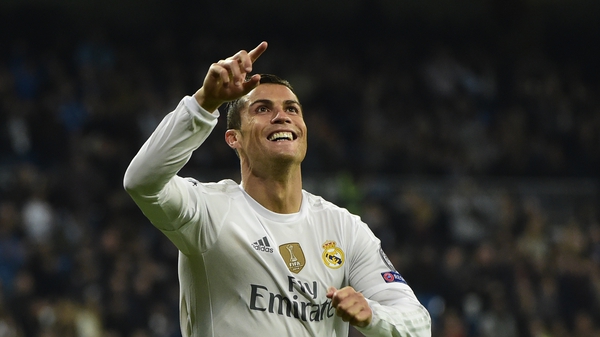