The FIFA ethics committee hearings against Sepp Blatter and Michel Platini have ended, with the latter's lawyer emerging and declaring his client's innocence.

Suspended FIFA president Blatter and suspended UEFA boss Platini are to learn their fate on Monday over whether there was impropriety in a £1.3m payment received by the latter from the former in 2011.

Outgoing FIFA president Blatter, who signed off the payment, appeared before FIFA ethics judge Hans-Joachim Eckert on Thursday - while Platini boycotted his hearing.

The procedure meant he was unable to join the race to be Blatter's replacement when a new FIFA leader is chosen in February, but his agent, as reported by the BBC, said on Friday: "Platini is innocent. Now we are hoping the ethics committee will render the law."

Ahead of the verdicts, which are expected at 9.0am on Monday, Blatter has called a news conference in Zurich where he will discuss the outcome.

This comes on a day when FIFA's interim leaders called on the organisation's 209 member associations to embrace change after the "crisis that has shaken global football governance to its core".

An open letter from acting FIFA president Issa Hayatou and acting secretary general Markus Kattner told the associations they need to vote for major reforms in February to protect the future of the world governing body.

It came amid the corruption scandal which has seen more than 30 football officials indicted by the US justice department, and the ethics committee hearings against Blatter and Platini.

"A new FIFA president will be elected at the Congress in February, offering the opportunity to start a new chapter

The open letter said: "FIFA has faced unprecedented difficulties this year in a crisis that has shaken global football governance to its core. We are now moving through a period of necessary change to protect the future of our organisation.

"It has become clear that root-and-branch reform is the only way to deter future wrongdoing and to restore faith in FIFA. For these reasons, this year and the immediate years to come will be among the most important for FIFA since it was founded in 1904.

"A new FIFA president will be elected at the Congress in February, offering the opportunity to start a new chapter.

"It is vital to recognise that this will be only the beginning. We will need to work hard together over the coming years to win back the trust and respect of fans, players, commercial affiliates and all the many millions of participants who make football the world's most popular sport.

"We call on all of FIFA's member associations to fully support, implement and abide by the new reforms."

The reforms, agreed by FIFA's executive committee earlier this month, include:

The letter states that the target is to have established a "secure, professional and fully accountable sports organisation" by the time of the 2018 World Cup in Russia. 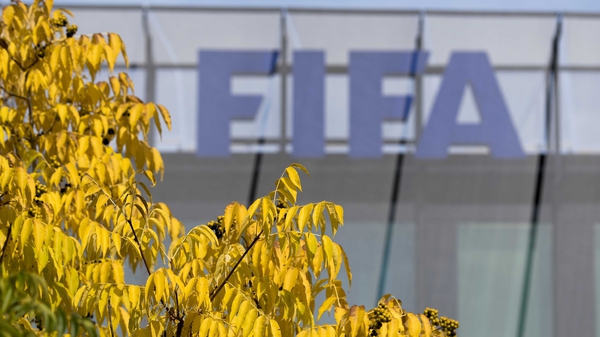 Ethics Commitee warn Blatter they have the power to oust him