Liverpool manager Jurgen Klopp's injury worries have been alleviated slightly after both James Milner and Jordon Ibe returned to training.

Milner pulled out of the England matches against Spain and France after missing his first Premier League match for the club he joined in the summer.

He was struggling with a hamstring problem sustained in the Europa League victory against Rubin Kazan 12 days ago.

Ibe withdrew from England Under-21 squad with a bruised knee but both took part in full training at Melwood on Monday afternoon with the squad members not involved in internationals.

The pair were monitored during the session by medical staff to see how they reacted to their injuries but the fact they were able to participate means both are in contention for Saturday's trip to Premier League leaders Manchester City.

That is, of course, providing they suffer no after-effects later this week.

It offers a small glimmer of hope for Klopp, who has had to deal with a growing injury list since taking over last month.

The German has yet to have the opportunity to work with key players like captain Jordan Henderson (broken foot) or striker Daniel Sturridge (knee), although the pair are edging closer to a return to training.

Defender Mamadou Sakho is sidelined until the new year with a knee problem while young midfielder Jordan Rossiter is still working his way back to fitness after sustaining a hamstring problem on international duty with England Under-21s a month ago. 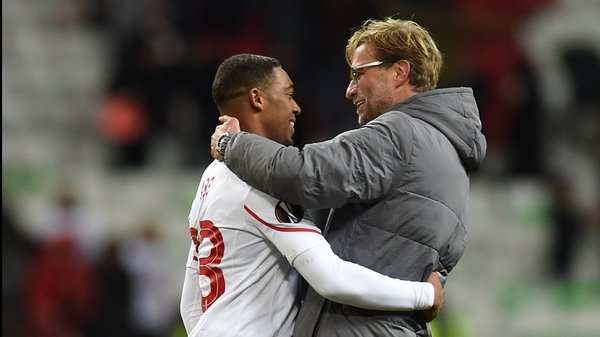