Sepp Blatter has been discharged from hospital after what was described as a "small emotional breakdown".

The outgoing FIFA president, currently suspended for 90 days amid a corruption scandal, was admitted to hospital in Zurich for a check-up due to stress last week.

He was expected to remain there until the beginning of next week but has now been released, his advisor Klaus Stoehlker has confirmed.

"He is fine, but he has just been told to relax for a few days," said Stoehlker, who added that 79-year-old Blatter was preparing to continue his fight against his suspension.

Blatter has had criminal proceedings opened against him in connection with a £1.3m "disloyal payment" made to Michel Platini in 2011, and the sale of World Cup TV rights to former Caribbean football chief Jack Warner.

Last month he was suspended for 90 days by FIFA's Ethics Committee pending a full investigation into his conduct.

He had been in hospital since Friday, when his U.S.-based lawyer, Richard Cullen, said the Swiss national had been admitted for a checkup.

Under the terms of the suspension, Blatter, 79, who has been the FIFA president since 1998, is not allowed into the FIFA headquarters or any football stadium in an official capacity.

Blatter won a fifth election mandate in May just after the graft scandal erupted with police raids on a hotel used by top FIFA officials. Four days later, as pressure mounted, he called a new Congress, in Zurich in February, to choose his successor.

In September, the Swiss attorney general's office initiated criminal proceedings against Blatter over a 2 million Swiss franc ($2.1m) payment from FIFA to UEFA President Michel Platini, who has also been suspended.

Both men have denied wrongdoing and have appealed to FIFA's Appeal Committee. Blatter has said he still hopes to take part in the Congress in February and Platini still intends to be a candidate in the presidential election that month. 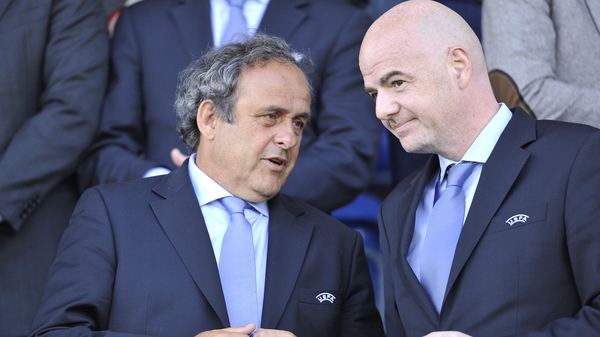