Jon Walters has signed a new two-and-a-half year deal with Stoke City, bringing to an end a topsy-turvy few months of speculation for the Ireland international.

Walters looked certain to leave the club during the summer after Mark Hughes bolstered their attack with the signings of Xherdan Shaqiri and Ibrahim Afellay.

He'd been been granted leave from international duty by Ireland manager Martin O'Neill in an attempt to resolve his future, with Norwich heavily linked, but Walters’ future now lies at the Brittannia.

The 32-year-old has been in good form for both club and country this season, scoring four goals for Stoke and leading the line impressively in the business end of Ireland's Euro 2016 qualification campaign.

#scfc are delighted to reveal @JonWalters19 has signed a new 2-and-a-half year contract, commiting him to the Club until the summer of 2018 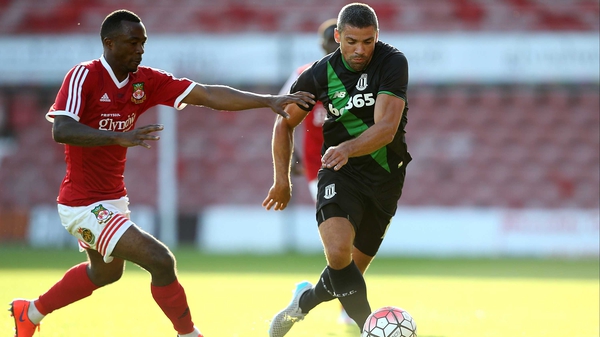