A belter from Shaun Kelly, who ironically hails from Killybegs in Co Donegal, proved the only goal. It came courtesy of the right-back’s fizzing shot from the angle of the penalty area on 34 minutes.

Martin Russell’s side still have work to do in the second leg on Friday in Ballybofey, but they set their stall out early tonight at Markets Field. Dean Clarke, in particular, was a menace to the visiting defence time and again and he almost got in at the back post to edge the hosts in front in the eighth minute.

However, following Kelly’s cross, Harps defender Damien McNulty managed to do just enough to disrupt Clarke and the ball clipped the crossbar.

The best chance that the visitors created in the first half came when Tracy headed into his own side-netting after Gareth Harkin’s corner in first-half injury time. 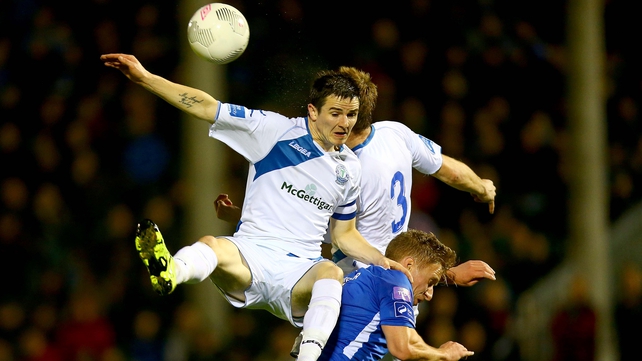 The Shannonsiders failed to win in their first 21 outings in the league this season but managed to scramble their way clear of automatic relegation with last Friday’s 3-2 win at Sligo Rovers.

Limerick continued to push from the front foot but Harps, who conceded only 25 goals in 32 matches this term, held firm.

Vinny Faherty almost added a second for Limerick 15 minutes from time when he got an untidy header on a centre from Ian Turner, only to see the ball clip the outside of the post.

Harps’ best chance came on 77 minutes when 17-year-old substitute BJ Banda rounded Limerick goalkeeper Freddy Hall as he raced for goal. Banda’s shot, though, from 25 yards, on the run and at an angle missed the target. 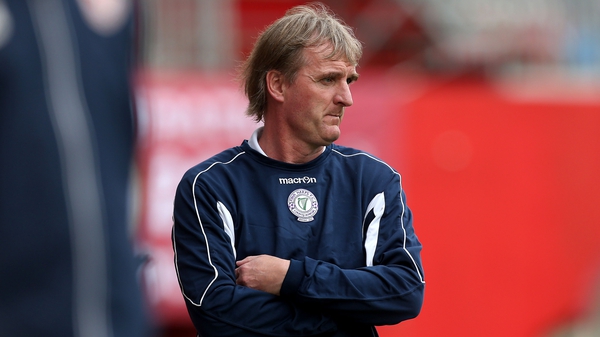