Finn Harps came from behind to overcome UCD at Finn Park tonight and seal a date with Limerick FC in the SSE Airtricity League promotion-relegation play-off.

Goals from Nathan Boyle and Josh Mailey confirmed their progression, after Jamie Doyle had levelled the tie at a stage in the match when UCD looked strong.

However, Harps settled and produced two goals in the last 15 minutes to keep their promotion dreams alive.

Leading 1-0 from the first leg at the UCD Bowl, it had looked ominous for Ollie Horgan’s Harps side, with the visitors having levelled the tie courtesy of a Doyle header on the hour-mark after Robbie Benson floated in a cross from the right.

Just beforehand, Ryan Swan was momentarily in on goal only for Harps goalkeeper Ciaran Gallagher to save.

However, with Harps’ first real chance of the second half, on-loan Derry City striker Boyle tucked a neat finish past Conor O’Donnell  following a ball from the right by Mailey on 76 minutes.

With the contest in the melting pot, UCD had a corner a minute from time but Tony McNamee broke and charged upfield. He had options inside and opted for Mailey, who took a touch before curling home a sublime goal from the edge of the area.

In front of a bumper crowd of 2,013, Gareth Harkin went closest of anyone in the first 45 minutes when he drew a full-length save from O’Donnell.

Limerick, who won 3-2 at Sligo Rovers tonight, welcome Harps on Monday night for the promotion-relegation play-off with the return in Ballybofey four nights later. 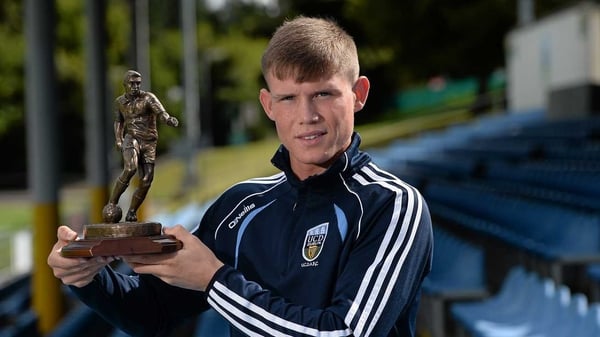