Stoke boss Mark Hughes has admitted he would be "very surprised" if keeper Shay Given was available for Ireland's Euro 2016 play-off as he awaits knee surgery.

The 39-year-old, who has 133 senior international caps, limped out of Ireland's 1-0 qualifier victory over Germany on October 8 and is struggling to make the double-header against Bosnia and Herzegovina next month.

Speaking after his side's 0-0 Barclays Premier League draw at Newcastle on Saturday, Hughes said: "He was in training the other day and unfortunately after training, his knee blew up. He's got a little bit of loose bone in the knee which we hoped would just settle down.

"But obviously it's raised his head again and it looks like he might have to have a procedure to deal with it. I'm not sure if that decision has been made as yet, but it's probably what will happen."

Asked where that would leave him for the play-off games, Hughes added: "No, he won't be available for that. I would be very surprised."

Darren Randolph took over from Given in the Germany game and started against Poland three days later.

Newcastle's Rob Elliot, who was also among the five keepers named in a provisional 39-man squad by Republic manager Martin O'Neill last week, only played at St James' Park after passing a fitness test following a recurrence of a thigh problem.

Magpies head coach Steve McClaren later admitted he will be a doubt for next weekend's trip to Bournemouth. 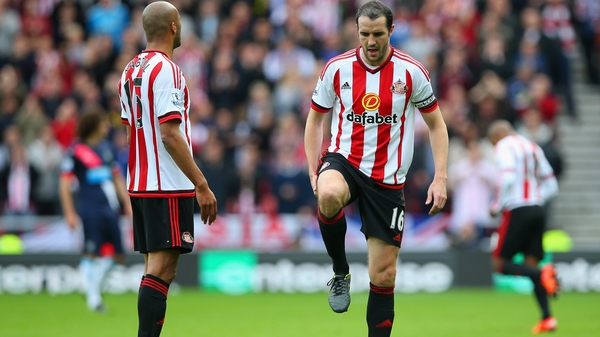