Dundalk star Richie Towell savoured another Premier Division title as the Lilywhites drew with Shamrock Rovers but warned the job was only half done.

A 1-1 draw in Tallaght, coupled with the Cork City’s failure to beat Drogheda United last night, meant their lead at the top of the SSE Airtricity League table was unassailable.

The back-to-back champions are on course for the double with an FAI Cup final against the Leesiders to come next month.

“We said we wanted to do the double, we’re halfway there now. The feeling is unbelievable," Towell told RTÉ Sport.

“We’re miles ahead of anyone else and hopefully we can kick on and concentrate on the cup final in the Aviva.”

Towell dispatched a late penalty to secure the point needed against the Hoops, the midfielder’s 25th goal of the season. 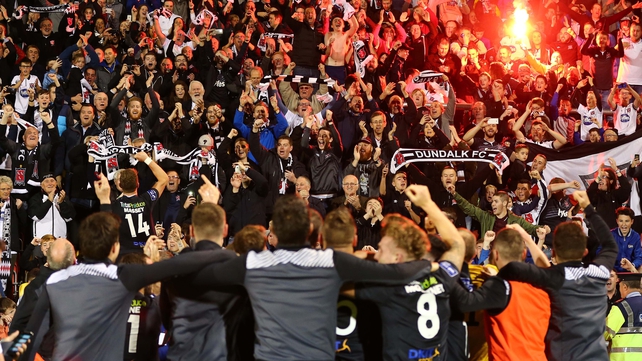 He said: “You probably need a cool head in those situations. I had a feeling he was going to go the other side so I just opened my body out and luckily enough it went in the back of the net so I was delighted.

“We were probably poor on the night, to be honest. We weren’t at the races but we haven’t been like that all season.

“Since the very first game we’ve been unbelievable and we thoroughly deserve to win the league.

“You see the support – they come out every single week. What we’ve worked for [since] the start of the season has been unbelievable."

Stephen Kenny’s men faced an anxious wait as the game in Dublin finished before the match in Drogheda. Towell and the rest of the team stood pitchside with the fans as news filtered through from Louth.

“It was the longest few minutes of my life," said the 24-year-old former Hibernian player.

"As soon as the word came it the feeling of joy was just overwhelming. We’re over the moon.” 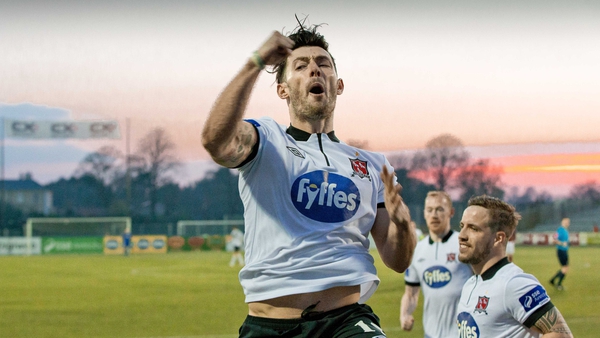