Scotland's dream of reaching the 2016 European Championship finals in France were ended by an injury-time leveller by Poland striker Robert Lewandowski at Hampden Park.

There was less than three minutes played when the in-form Bayern striker gave the visitors the lead, but wide-man Matt Ritchie thundered in a shot from outside the box seconds from the interval and striker

Steven Fletcher put the home side ahead with a wonderful curling strike just on the hour mark.
However, with seconds of four added minutes remaining, Lewandowski knocked the ball in from inches out following a Kamil Grosicki free-kick to make it 2-2 to leave Scotland six points outside a play-off spot ahead of their final Group D fixture against Gibraltar in Portugal on Sunday.

A devastated Darren Fletcher said afterwards: "It's been a disappointing night after how well we played. When you lose a goal like that late on it's a real low blow to everyone in the dressing room.

"We felt we were making a lot of progress, but ultimately we failed to do what we set out to do or even make the play-offs."

Scotland boss Gordon Strachan said he could not have asked for more from his players, during the match or throughout the qualifying campaign.

"I don't think I could have asked for any more from my group of lads. As far as I'm concerned they did their best."

Strachan's side started the game in fourth place and while there were several permutations which would see them win a play-off spot, they knew one certainty - defeat and hopes of reaching the finals were over.

A packed Hampden included thousands of Poland supporters peppered around the stadium and out singing a nervous Tartan Army, whose sense of foreboding was quickly vindicated.

There was less than two and a half minutes on the clock when Arkadiusz Milik split the Scotland defence with a slide-rule pass and Lewandowski, with some inevitability, raced clear to beat goalkeeper David Marshall at his near post with a shot from 10 yards.

The slick visitors took control of the game and in the 10th minute only an uncharacteristic Lewandowski mis-kick from 14 yards, after being set up by Grosicki, saved Marshall having to deal with another effort. 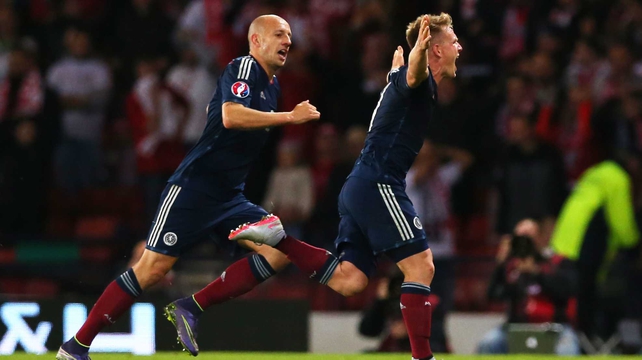 The Poles looked strong, confident and dangerous but slowly the Scots began to edge forward, Steven Naismith's blocked shot from inside the box giving the home support some encouragement.

However, Poland carved open a good chance in the 28th minute when a swift move ended with Lewandowski setting up Jakub Blaszczykowski inside the box but he drilled his shot wide of the far post.

A Ritchie strike from distance flew wide but at least suggested that Scotland were getting closer to testing Polish keeper Lukasz Fabianski and seconds from the interval he unleashed a left-footed drive from 25 yards which flew into the top corner to send the Scotland fans wild with unexpected delight.

A frantic start to the second-half saw Marshall make a decent save from Milik's low drive while at the other end, Naismith missed a great chance from close range after Steven Whittaker had provided a perfect cross.
Lewandowski knocked the ball over on the stretch as the tension increased by the minute.

But the Scotland fans were in raptures again in the 61st minute when Ritchie fed Fletcher and from just inside the box the Sunderland striker curled the ball high past Fabianski and into the net.

The Scots, imbued with belief, continued to fight and scratch for possession against a side who looked far from despondent.

With minutes ticking away and the Scotland fans discovering that Republic of Ireland had taken the lead against Germany - it would end up 1-0 for the Irish - Poland's Lukasz Piszczek drove wide of the target from the edge of the box.

The final stages were fraught. Poland kept pushing for the leveller - Grosicki headed over from six yards and Marshall made a save from Krychowiak - but in the last seconds of four added minutes, from Grosicki's free-kick, which made its way through a packed penalty area and off the post, Lewandowski bundled it over the line to deliver a cruel blow to the home side. 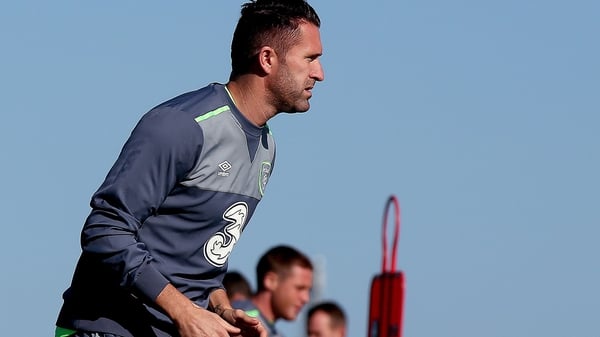