All the goals at United Park came in a seven-minute spell in the first half as Drogheda United fought back from 2-0 down to earn what could be a vital point in their fight against relegation from the SSE Airtricity League’s top flight.

After Bohs had edged the opening half-hour they eventually took the lead on 37 minutes when Ismahil Akinade headed home a corner kick.

In the second half Treacy and Mark Hughes both shot straight at Delany, while Drogheda keeper Micheal Schlingermann had to be at his best to tip a Kavanagh effort round the post.

Bohemians were first to threaten in the seventh minute, when Lorcan Fitzgerald’s corner kick picked out the unmarked Eoin Wearen, whose glancing header went well wide.

The Drogs looked dangerous from their first attack of note, when Joe Gorman swung in a cross towards Ger Pender, whose volley was deflected over the bar.

Both sides showed plenty of inclination to commit players forward and the next opportunity fell to the visitors when Karl Moore squared towards Paddy Kavanagh who steered the ball well wide.

Bohs should have taken the lead in the 26th minute when Drogheda keeper Micheal Schlingermann completely mishit an attempted clearance from a back-pass straight to Jake Kelly who fired wide of the empty net.

Keith Long’s side were just beginning to gain superiority when they made it count in the 37th minute, Ismahil Akinade stooping to head home a Fitzgerald corner.

When Kavanagh superbly volleyed a Moore cross past Schlingermann two minutes later, Drogheda looked to be in serious trouble, but somehow they rallied and hauled themselves level.

Much of the credit for that goes to former international Keith Treacy, who cancelled out Kavanagh’s strike with a stunning 25-yard strike to the top corner.

A revitalised Drogheda then levelled in the 44th minute when Ger Pender controlled Joe Gorman’s ball out of defence and found Sean Thornton who cut inside and steered a low shot past Dean Delany in the Bohemians goal for 2-2.

Drogheda started the second half on the front foot and Treacy should have done better than to shoot weakly at Delany after playing a one-two with Pender on the edge of the box.

Treacy then chipped the ball over the top for Mark Hughes who bore down on goal, but could only shoot straight at Delany.

The Bohs keeper then flapped at a Thornton overhead effort and the rebound fell to Drogs substitute Tiarnan Mulvenna who steered the ball wide.

However, Schlingermann then denied the visitors with a fine finger-tip save to turn a Kavanagh effort round the post.

Play became more scrappy in the final 20 minutes, not helped by a raft of substitutions, and if anything Bohs looked the more likely to win it, but some fine handling from Schlingermann ensured a share of the spoils. 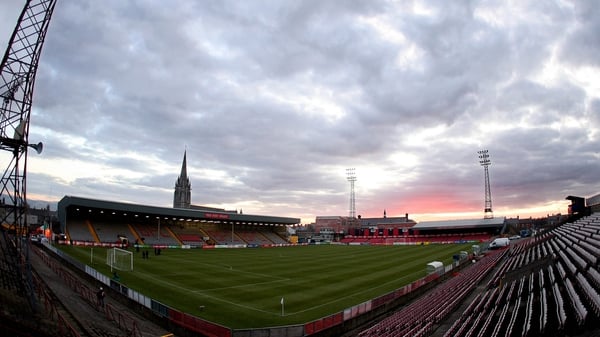