The Football Association of Ireland is in line for a “good financial year” on the back of near sell-out home games against Poland, Scotland and Germany, according to chief executive John Delaney.

The news will come as a welcome boost for the FAI with the most recent accounts showing that the association’s debt currently stands at €51.2million.

“We will be in around a five or six million pound [sic] profit, irrespective of qualification this year,” Delaney said in the Irish Examiner.

“It is a good financial year for sure but it will be better certainly if we qualify.”

He added that qualification for EURO 2016 is not factored into the projected accounts.

Ireland currently sit third in Group D with a home fixture against world champions Germany and a visit to Poland to come next month.

A win in either game would guarantee at least a third-place play-off place, however, should Scotland lose at home to Poland, Ireland would be safe in third place even without adding to their 15 points.

“I really enjoy working with Martin O’Neill. He is a good guy to work with, a very straight guy"

Last July’s AGM heard details of the turnover for 2014, which was put at €38m, with an operating surplus of €6.85m with a retained surplus of almost €400,000, however, the total level of debt for the association was recorded at just over €51m.

Delaney also backed manager Martin O’Neill to continue in his role even if Ireland fail to qualify for France.

Upon taking up the position the former Celtic and Sunderland boss said that his continuation would depend on qualification but that was before the draw was made.

Delaney said: “I think Martin said that before the group draw. We got possibly, arguably, the most difficult group of all the groups, with Germany the world champions, Poland, and Scotland being resurgent.

"There is no doubt it is a very difficult group. So when Martin said what he said in terms of ‘if we don’t qualify, I should go’, or words to that effect, we had a discussion and I said, ‘there was really no need to say that’.

"And when the draw came out, I think he possibly regretted it.

"We will see how the games work out in October and November. And after that then we’ll sit down and talk to Martin.” 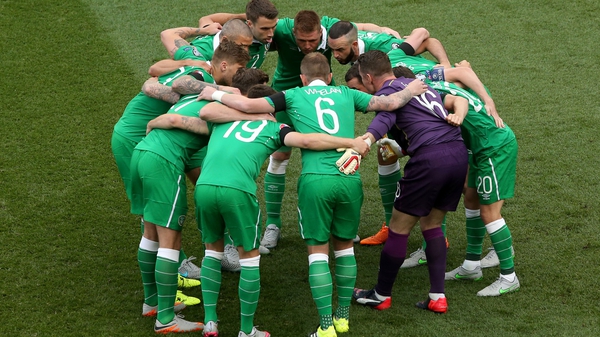