The Football Association of Ireland’s debt now stands at €51.2m according to its most recent accounts.

FIFA's €5 million payout to the FAI in the wake of the Thierry Henry handball has now been mentioned in a cover letter accompanying the accounts for last year.

The accounts and letter have been circulated to delegates in advance of the FAI AGM in Sligo next month.

FAI chief executive John Delaney and president Tony Fitzgerald have also written to delegates to warn that the results of the senior team in the autumn will determine the financial position of the association.

The FAI does not budget for qualification for major tournaments.

In better news for the FAI, turnover increased by 4% to €38m.

UEFA’s new centralised television deal guarantees the FAI €10m per annum and this was a factor in the rise in turnover. Sponsorship income also increased to €8million.

UEFA is owed €5 million according to the accounts, but this figure was stated at around €8.5 million by the European governing body just a number of weeks ago.

The FAI has continually stated its ambition to be debt free by 2020 but this appears a tall order, especially given the precarious state of Ireland’s EURO 2016 qualifying hopes.

The Irish Examiner has reported that Delaney had agreed in mid-April to answer questions from journalists relating to the accounts at the summit in Sligo, but that the press event has since been cancelled. 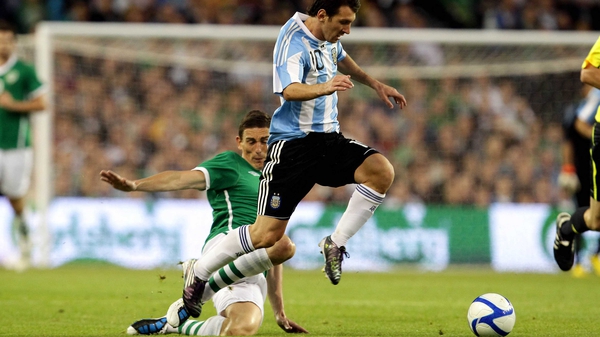