The Football Association of Ireland has rejected claims made in an Argentinean newspaper that Ireland players were paid not to injure Lionel Messi during a 2010 friendly at the Aviva.

La Nacion reported that the now-deceased head of the Argentinean FA, Julio Grondona, suggested that each of the Ireland players would be paid $10,000 so as not to cause an injury to the Barcelona star.

Messi flew to Dublin from Barcelona’s tour in Asia to take part in the friendly, the first soccer game after Lansdowne Road was rebranded as the Aviva Stadium.

The report alleges that the Argentinean FA could not afford the $5 million insurance for Messi and that Grondona’s solution was to pay off Giovanni Trapattoni’s men to ensure that Messi would get through the game unscathed.

He played 58 minutes of the game, which La Albiceleste won 1-0, before being substituted.

The paper did not provide any proof of the alleged payments.

In a statement released this afternoon, an FAI spokesperson said that it “completely refutes [sic] the allegations” and that it is consulting legal advisors and would take further steps.

Grondona, who died last year, had been blamed by FIFA for signing off on a $10m payment from the South Africa FA to an account controlled by disgraced former official Jack Warner.

The same article also alleges that the friendly was originally arranged to compensate the FAI for the failure to qualify for the 2010 World Cup.

Ireland were denied a penalty shoot-out chance against France in the second leg of the play-off after a William Gallas goal, which was created by two handball offences by Thierry Henry.

However, the timeline proves that it had nothing to do with the play-off result as the game had been confirmed months prior to the November 2009 match in Paris.

Meanwhile, Kevin Kilbane, who played in the game told TV3: "I am totally unaware of it.

"There was no suggestion around the game that we were to stay clear of Lionel Messi, and of course none of the players received any money as payment regarding this.

"It’s total news to me and I’m sure it will be news to a lot of the other lads as well. It’s quite poor.

"There have been a lot of allegations over the last month or so aimed at us. Mud sticks, and it’s not nice when these sort of allegations are being thrown against the players. 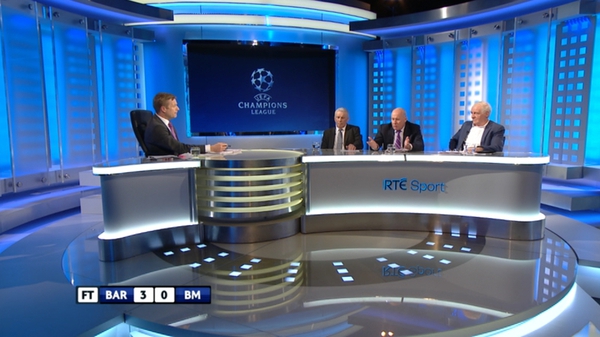