Chris Forrester wants to make an immediate impact at Peterborough United following his move from St Patrick’s Athletic over the weekend.

Long heralded as one of the finest talents in the SSE Airtricity League, the midfielder finally secured his move cross-channel when the League 1 side completed the deal for an undisclosed fee on Saturday.

“It’s just a chance for me. It could have been any team but when Peterborough came knocking I wasn’t going to turn it down. I have obviously done a bit of research and saw they have given young lads chances. That was one of the main parts. Young lads will get game time and obviously that helped me come here.

“I’m glad the move is finally done. It has been a couple of weeks coming so I’m delighted to be here and the lads have been very welcoming.”

Forrester was primarily used a winger for Pat’s but is hoping to nail down a central role for United.

He could make his debut against Millwall tomorrow night in the Johnstones Paints trophy.

“Ideally, it is central midfielder [where I want to play]. I have always wanted to play there.

“At St Pat’s I played wide left and wide right and when I played at centre mid, I thought I had more of an impact and more emphasis getting on the ball and trying to make things happen.

“The level of fitness I have is probably on par with the lads that are here. I have a good chance of trying to make a foothold in the team so I am looking forward to the next few weeks.” 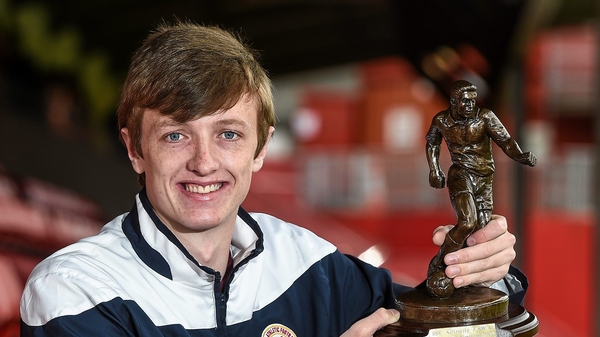