St Patrick’s Athletic midfielder Chris Forrester has been named the SSE Airtricity/Soccer Writers’ Association of Ireland Player of the Month for April.

It is the second time that Forrester has won the monthly award – he was also successful in April two years ago.

After scoring five goals in the last month, including a stunning long-range strike against Drogheda United, Forrester topped the voting amongst the SWAI members.

“I’m happy to win it. It was a good month for me, obviously topped off with probably the best goal I’ve ever scored,” said Forrester.

Forrester paid tribute to his teammates, saying that several of them could have been candidates for the award.

Speaking about the wonder goal against Drogheda, he added: “Many people have been asking me if I feel it was better than the Rovers goals. For me, it was 10 times better, though it hasn’t reached the same amount of views on YouTube yet.

“The Rovers goal was a one-on-one situation and I had a bit of time to think about what I was going to do. This one (against Drogheda) was more instinctive; it was a good call. 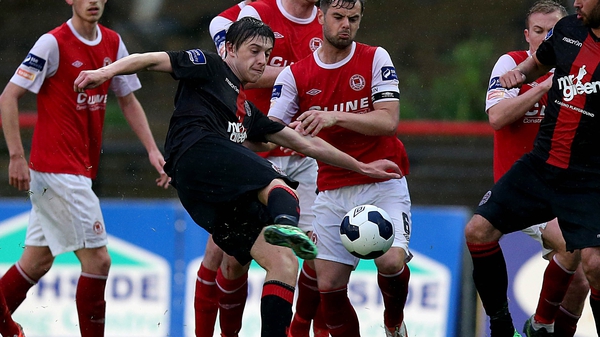 EA SPORTS Cup round up: Bohemians see off St Pat's at Dalymount