Albania have been awarded a victory over Serbia by the top sports court after a Euro 2016 qualifier was abandoned when a drone with a political banner flew into the stadium in Belgrade in October.

The drone trailing a pro-Albania flag was the responsibility of the Albania FA according to the Court of Arbitration for Sport (CAS), but the judgement ruled the abandoned match - the decision was taken by English referee Martin Atkinson - was due to the violent reaction from Serbian fans and stewards.

The CAS overturned UEFA's original sanction and awarded Albania a 3-0 win, ordered three points be deducted from Serbia. Both Albania and Serbia FAs have been fined €100,000.

The CAS ruling states: "The panel found that the match stoppage and the eventual abandonment of the match were caused by security lapses of the organisers and acts of violence exerted on the Albanian players by the Serbian fans and at least one security steward.

"In light of this finding, the CAS panel has decided that the UEFA European Championship qualifying Group I match between Serbia and Albania be deemed to have been forfeited by the Serbia FA by the score of 0:3.

"The CAS went on to find, in line with UEFA, that the Albania FA was responsible for the drone operated during the match, carrying a banner depicting Albanian nationalistic and patriotic symbols, and confirmed the fine of 100,000 euro imposed on the Albania FA." 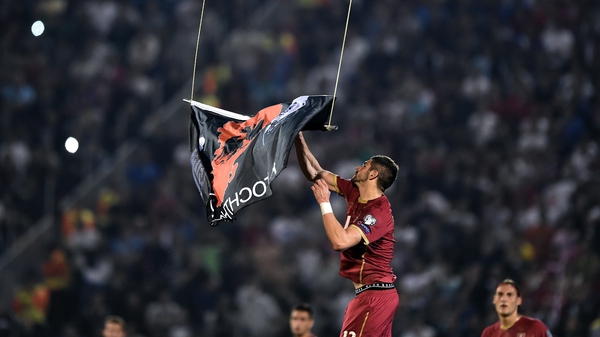 Serbia and Albania to learn sanctions from UEFA next week