Venezuela beat Colombia 1-0 at the Copa America on Sunday, the biggest upset of the tournament so far and their first victory over their South American neighbours in the history of the competition.

Striker Jose Salomon Rondon scored the only goal of the match in the 60th minute.

Midfielder Rafael Ocosta swung in a deep cross from the right, Alejandro Guerra headed it back across goal and Rondon buried a firm header into the Colombian net.

Colombia, tipped as outsiders for the title, poured forward in search of an equaliser and James Rodriguez, Edwin Cardona and Juan Cuadrado all came close but Venezuelan goalkeeper Alain Baroja kept them at bay.

Colombia had beaten Venezuela in four of their five previous encounters at the Copa America.

Colombia now need a result against Brazil in their next match on Wednesday to avoid almost certain elimination in the first round, while Venezuela take on Peru on Thursday in their next outing.

"We played as a complete team," Rondon told reporters. "When we got the opportunities to get forward and attack we took them."

Colombia goalkeeper David Ospina acknowledged his side now faced an uphill task to reach the second round of the competition.

"Venezuela closed down the spaces really well. We need to regroup and think about the next game," he said.

Both sides played their part in an entertaining encounter.

Ronald Vargas almost gave the Venezuelans the lead in the 27th minute, forcing Ospina to make a fine reflex save. Guerra then forced another save from Ospina with an acrobatic effort from the edge of the box.

The Colombians enjoyed 64% of possession over the 90 minutes but struggled to break down a stubborn Venezuelan defence marshalled by the towering Oswaldo Vizcarrondo.

To make matters worse for the Colombians, their Real Madrid playmaker Rodriguez appeared to injure his right shoulders in the closing stages of the match, and will need treatment before Wednesday's clash with Brazil in Santiago. 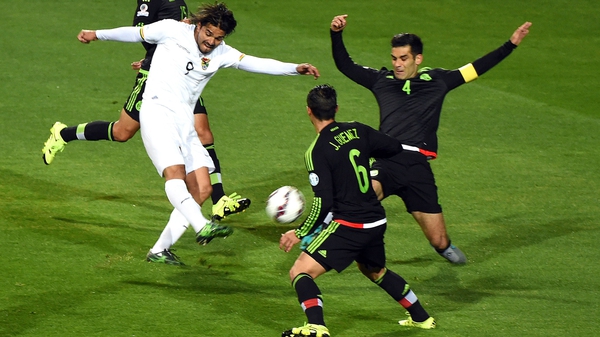