Republic of Ireland captain Robbie Keane has signed a contract extension with LA Galaxy, the club have announced.

Keane is the reigning Major League Soccer MVP, and has scored 55 goals in 91 appearances for the Galaxy.

The 34-year-old has won the MLS Cup with Galaxy three times since joining the club in 2011.

The MVP is here to stay. Robbie Keane has signed a contract extension with the #LAGalaxy: http://t.co/E0NT4hXgnn pic.twitter.com/AnHwu93QTz

“We’re very pleased Robbie will continue to be a member of the Galaxy in the coming years,” said LA Galaxy head coach and general manager Bruce Arena.

“He has been one of the key pieces in our success over the past five seasons. We look forward to even more success with Robbie as a member of our team.”

Keane is Ireland’s all-time leading scorer with 65 international goals to his name in a record 139 career caps. 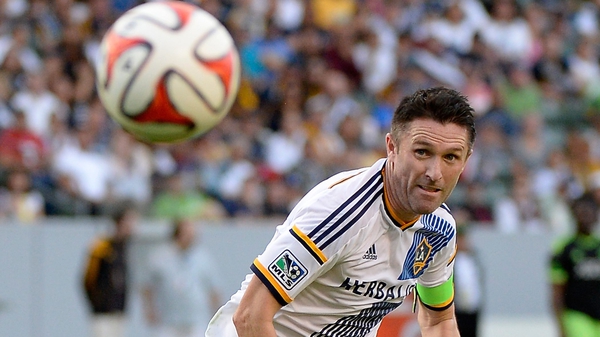