Republic of Ireland captain Robbie Keane has won the MLS Most Valuable Player award for 2014.

Keane has enjoyed a fine season with LA Galaxy, scoring 19 goals and claiming 14 assists in 29 appearances. He will now hope to lead his side to glory in Sunday's MLS Cup where his side take on New England Revolution.

"It's been a great season for me personally, but it would only be better if we won on Sunday. I'm looking forward to that, but I'm honoured to receive this award," Keane said at the awards ceremony.

Bill Hamid of DC United was named goalkeeper of the season ahead of Real Salt Lake's Nick Rimando while Pedro Morales of the Vancouver Whitecaps won the newcomer of the year award.

Keane's LA Galaxy reached the MLS Cup final on Sunday after a 2-1 loss to the Seattle Sounders put them through to the championship game on away goals.

Galaxy, who progressed after a 2-2 draw on aggregate, will meet the New England Revolution in the final and will be looking for a record fifth MLS title at their own stadium on 7 December. 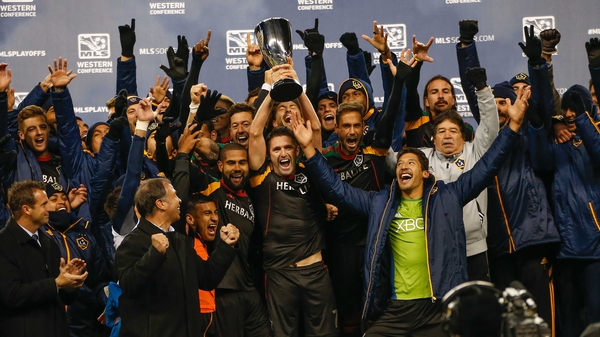