FIFA has called a news conference for later on Tuesday following revelations surrounding allegations of bribery regarding a $10million payment.

The payment from FIFA to an account controlled by the disgraced former vice-president Jack Warner followed a letter from South Africa to FIFA secretary general Jerome Valcke, it can be revealed.

South African FA president Molefi Oliphant wrote to Valcke asking for the payment to be withheld from World Cup funds and paid instead to Warner to support football in the Caribbean.

The payment is at the heart of the FIFA bribery scandal - a US justice department indictment of 18 people on corruption charges says the money was paid to Warner and his deputy Chuck Blazer in return for them voting for the 2010 World Cup to be played in South Africa.

A FIFA statement said Valcke was not involved, but that the payment was made at the request of the South African government and FA, and authorised by Julio Grondona, the former finance chief and long-time ally of president Sepp Blatter. Grondona died last year.

FIFA has now announced a press conference to be held at its headquarters in Zurich at 1800 local time, 1700 BST.

Press Association Sport has seen a copy of the letter which contains detailed instructions for the payment.

The letter to Valcke from the then South African FA president Molefi Oliphant on March 4 2008 states:

"Dear Mr Valcke
In view of the decision by the South African government that an amount of USD 10million from the organising committee's future operational budget funding and thereafter advances the amount to the Diaspora Legacy Programme.
In addition, SAFA requests that the Diaspora Legacy Programme be administered and implemented directly by the President of CONCACAF who shall act as a fiduciary of the Fund.
SAFA therefore confirms that:

According to the US indictment, the money was siphoned off into Warner's personal accounts and he paid 750,000 US dollars of a promised 1million to Blazer.

FIFA insisted Valcke nor any other senior management figure was involved.

A FIFA statement said: "The payments totalling USD 10m were authorised by the then chairman of the Finance Committee and executed in accordance with the organisation regulations of FIFA.

FIFA did not incur any costs as a result of South Africa's request because the funds belonged to the LOC. Both the LOC and SAFA adhered to the necessary formalities for the budgetary amendment.

"Neither the Secretary General Jerome Valcke nor any other member of FIFA's senior management were involved in the initiation, approval and implementation of the above project."

FIFA reacted to the letter insisting the finance committee made the final approval.

A FIFA spokesperson said via email: "The letter is consistent to our statement where we underlined that the FIFA Finance Committee made the final approval.

"In general, the FIFA Secretary General is the recipient of all letters and requests to the administration and acts in accordance with FIFA's regulations.

"We would like to reiterate that neither the Secretary General Jerome Valcke nor any other member of FIFA's senior management were involved in the initiation, approval and implementation of the Diaspora project." 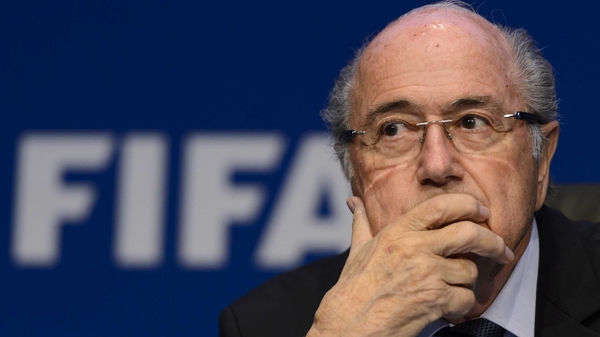 It wasn't me - Sepp Blatter denies being the $10m man