Sepp Blatter has insisted he was not the high-ranking FIFA official who authorised a $10million payment to the disgraced Jack Warner saying: "Definitely that's not me."

Blatter also revealed he will make a personal visit to sponsors who have expressed concern about the corruption storm that has surrounded the world governing body this week.

The 79-year-old, re-elected as FIFA president for a fifth term on Friday, appeared at a news conference in Zurich where he also announced there would be no changes to the allocation of World Cup places for the 2018 and 2022 tournaments.

Blatter was challenged about the allegation, contained in the US justice department's indictment of 18 football-related people, that in 2008 a bribe of $10million for Warner and fellow FIFA member Chuck Blazer to vote for South Africa.

The indictment states "a high-ranking FIFA official caused payments... totalling 10 million - to be wired from a FIFA account in Switzerland to a Bank of America correspondent account in New York... controlled by Jack Warner."

Blatter told the news conference: "I don't go into this allegations. If such a thing is under investigation let it go and definitely that's not me.

"This is a problem I do not enter. We will not go further. The only thing I can say is I have no 10 million dollars. 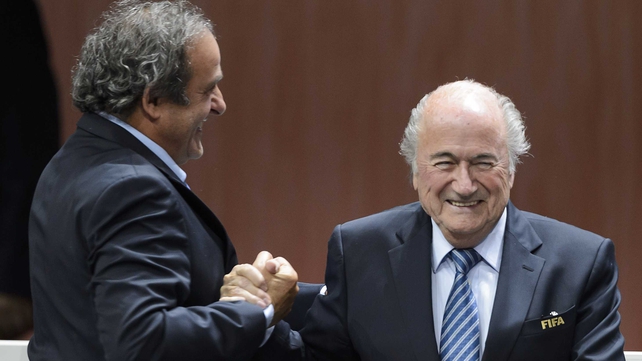 Blatter did confirm that FIFA has taken action to reassure its sponsors after concerns were expressed - VISA threatened to reassess its agreement if changes were not brought in.

He added: "We have had contact with the sponsors last week when such declaration came. We have exchanged letters and we start to bring back the reputation of FIFA.

"I'm sure we will bring them back all in the right situation and have planned a personal visit to the organisation of these sponsors."

He was speaking after an extraordinary executive committee meeting - not attended by England's David Gill who is rejecting his seat as he will not serve under Blatter - where members agreed that World Cup slots for the 2018 and 2022 finals would not change.

"Some were more grumpy than others," said Blatter.

He also revealed that all confederations apart from Asia will be allowed to bid for the 2026 World Cup - though England has made it clear they will not while Blatter is president. Asia is ruled out as its member Qatar is host in 2022.

Earlier, Blatter had launched an astonishing tirade against US justice authorities and the English media claiming the corruption crisis was designed to unseat him.

Blatter, who beat Prince Ali Bin Al Hussein of Jordan in Friday's presidential election, claimed it was sour grapes after the USA and England's World Cup bid defeats and also criticised UEFA for a "hate" campaign.

He claimed the arrest of seven FIFA officials on US corruption indictments may have been an attempt to interfere with the congress where he was re-elected for a fifth term as president.

He told Swiss TV station RTS: "No-one is going to tell me that it was a simple coincidence this American attack two days before the elections of FIFA. It doesn't smell right. This has touched me and FIFA.

"Not only did they try to denigrate me but also they used the moment to say, 'This is the time to go'. Then it was said, 'We are going to boycott the congress'. But where are we? Where is the sportsmanship? There are signs that cannot be ignored. The Americans were the candidates for the World Cup of 2022 and they lost.

"The English were the candidates for 2018 and they lost, so it was really the English media and the American movement.

"If they have a financial crime that regards American citizens, then they must arrest these people there and not in Zurich when we have a congress in Zurich.

"The United States, it is the main sponsors of Hashemite kingdom [Jordan].

"This corruption affair is between North America and South America. It was taken to Zurich and they say it is FIFA."

UEFA president Michel Platini had called on Blatter to resign over the scandal, and the 79-year-old hit back.

He added: "The journalists made a deal: Blatter out. It is a hatred not only by one person at UEFA but by the organisation of UEFA that has not accepted that I have been president since 1998. I forgive everyone but I don't forget."

Russian President Vladimir Putin has sent a telegram to Blatter, congratulating him on his re-election, the Kremlin said on Saturday.

"The head of the Russian state expressed confidence that experience, professionalism and high authority will help (Joseph) Blatter in future encourage the spread in the geography and popularity of football in the whole world," a Kremlin statement said.

Russia was interested in co-operating with FIFA in general and in particular in preparation for the 2018 World Cup in Russia, it said. 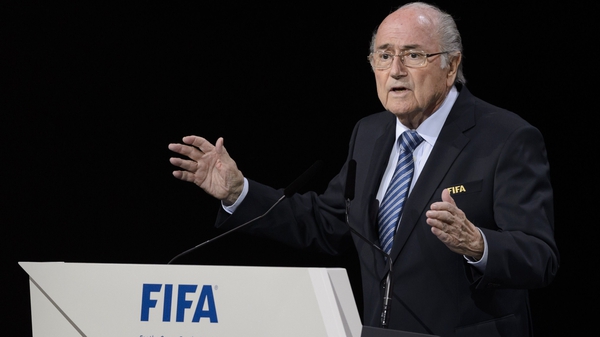