The second leg of Argentina's 'Super Classic' Copa Libertadores last-16 tie was suspended after visiting River Plate players suffered an apparent pepper spray attack from Boca Junior fans before the start of the second half.

River players, 1-0 up after last week's first leg, were returning to the field at the end of the half-time interval to resume battle after a goalless first half when they were seemingly attacked by home supporters.

Many of the away players had their eyes irritated, with midfielders Leonardo Ponzio and Matias Kranevitter among those worse affected.

Referee Dario Herrera waited more than an hour before deciding the game would not continue.

"It is incredible," Kranevitter said.

"We were getting out of the tunnel and suddenly we could not breathe and our eyes started to cry and burn. I cannot see anything. We cannot continue like this. They threw tear gas at us. They are cowards." 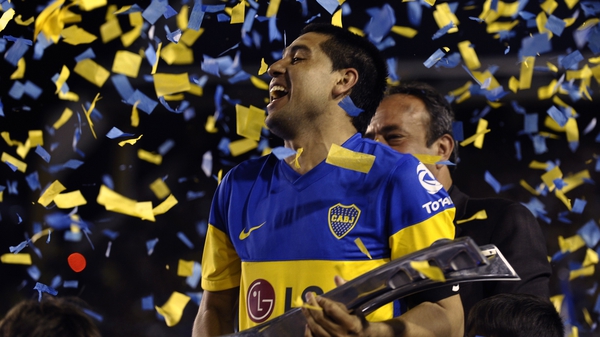