Eamon Dunphy cannot see Jack Grealish representing the Republic of Ireland after the fall-out from the rejection of a call-up for the matches with England and Scotland next month.

Prior to the squad announcement on Tuesday, Dunphy believed Martin O’Neill was ‘insulting’ the 19-year-old by hinting the Scotland game would come too early in his career.

O’Neill said that Grealish’s rapid rise to a first-team role with Villa changed that scenario, but reiterated that the Aston Villa midfielder wanted more time to consider his international future and turned down a place in the squad.

The manner in which this squad announcement has played out will do little to entice Grealish, according to the RTÉ analyst.

"I think all of that makes it less likely that he would feel comfortable playing here," he told RTÉ.

"The idea has been put around that Grealish and his father are keeping their options open to play for England. Well they are entitled to do that.

"If I had a young 19-year-old son, I'd be very keenly involved and anxious to protect him and make sure he makes the right decision.

"I don't think I can see [Grealish playing for Ireland] after this affair.

"He is a promising, good young player. He played underage football for Ireland, he accepted the Young Player of the Year award recently at a ceremony in Dublin, but this won't help matters.

"I feel sorry for the young player and I don't think the way we have behaved has helped our cause."

In the aftermath, Grealish has received criticism on social media and some of it of a sectarian nature.

Dunphy said: "I feel very sorry for him, he’s a young man who shouldn’t be subjected to this kind of treatment. Nobody should be."

Despite the conversation over Grealish's international future, his father has revealed that the player was never going to accept an international call-up this summer and reiterated that his focus is on Aston Villa.

"We appreciated the call from Martin but there was no way Jack was going to accept,” said Kevin Grealish. "I reiterated to him that we told Noel King Jack was taking the year out to concentrate on Villa.

"They are still not safe from relegation so all of Jack’s focus is on the final three Premiership games and the FA Cup final on May 30.

"If the team had nothing to play for at this stage then we might have thought more about it. But not in this case. Although Jack has started the last six Villa matches, he faces major competition for his place."

Grealish's father also revealed that the fact that Ireland are playing England in a friendly next month also played a role in his decision.

“Being English-born and having Irish relatives, Jack would probably get booed by both sets of fans if he played next month,” said Grealish Sr.

"Jack will complete the club season, hopefully with an FA Cup winners’ medal, before taking a break. After that we’ll look at the international situation." 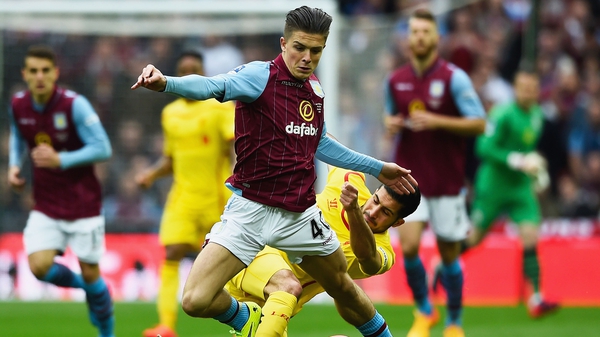