Aston Villa playmaker Jack Grealish should be included in Martin O'Neill's Ireland squad for the upcoming Euro 2016 qualifier clash with Scotland according to Eamon Dunphy.

The RTÉ Sport pundit believes 19-year-old Grealish has shown enough over the course of the season, in 12 Premier League appearances, and a superb display in the FA Cup semi-finals, to merit inclusion in the Ireland senior squad.

At present, Grealish has only been capped at underage level for Ireland, meaning he could also still declare for England, his country of birth, over Ireland, the country of his parents' nationality.

Dunphy was also highly critical of Ireland assistant manager Roy Keane for criticising Grealish's father's involvement in his decision over which country to declare for; while Dunphy also had a pop at the FAI and Martin O'Neill for not already tying down Grealish's services.

“Roy Keane made a cutting remark about Grealish's father a couple of months ago, which is really dumb, and Martin O’Neill talked about the Scotland game being too big for him and didn’t seem too keen on him there on Thursday or Friday [last week]," said Dunphy

“We’re really making a really stupid mistake. He’s going to be a really top class player; he is now.

“He’s a very a very good young player and we need him.

“The fans deserve people responsible for decisions to be making good decisions. He should be in the Ireland squad for the Scotland game and he’s a contender to play. He played really well the other day.

“If the semi-final of the FA Cup and the relegation matches he’s playing at Villa aren’t too big for him I don’t think the Scotland game will be too big for him. I’m not suggesting he should go straight in the side; we need to get him in the squad.

“And we need to be respectful of him and his family.

“They [the Ireland management] haven’t been and it’s ugly to watch.”

Pressed on whether Grealish is being over-hyped as a prospect so early in his career, Dunphy stated that Grealish has undoubted potential which should not go unrewarded.

“I’m not building him up too much; I'm just saying he’s a very good young player. He was involved in the two goals yesterday in a big way," said Dunphy.

“I just think we need to be looking at all our best young players. And even if they’re not young and they’re not good you need to be respectful of people.

“It seems to me that’s lacking. And that’s going to edge him towards maybe deciding to play for England.

“We need to make sure that he is eligible to play for us. For example we could have played him in the friendly matches. We could have played him against Gibraltar when the result was assured. And he was our player then. We didn’t do any of those things. So, whoever is responsible for that is not behaving very intelligently." 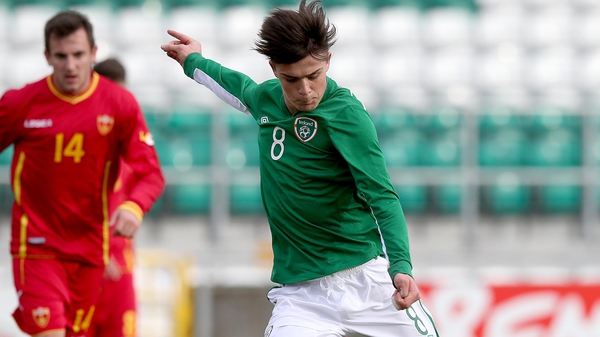