Michael Carrick will not play again for Manchester United this season because of a calf injury.

Carrick has not played since suffering the injury against Manchester City on 12 April.

It was hoped that the midfielder would return, but he has no chance of featuring in the final three games of the season, Louis van Gaal said.

"Carrick shall not play this season any more," the United manager told a press conference. "We have to focus on next season for him."

Van Gaal revealed during the press conference that a number of his players are doubtful for Saturday's game at Crystal Palace after a virus swept through the squad. 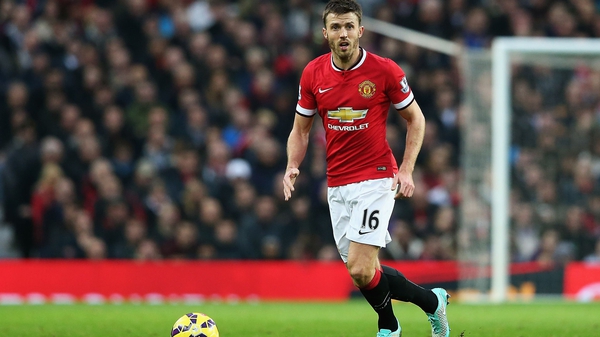