Carrick has been one of the most consistent performers for United this season since his return from an ankle injury.

United have lost just one game he has started this term and manager Louis van Gaal has been impressed by his vice-captain's form and maturity.

For that reason, United have exercised their right to extend the midfielder's contract by another 12 months and Carrick could not be happier.

"It's fantastic to know that I can continue my incredible journey with this great club," the 33-year-old said.

Carrick has collected five Premier League winner's medals and has also won the Champions League and League Cup since he moved to United from Tottenham in 2006.

Success has been hard to come by since Alex Ferguson left, but the England international is sure better times lie ahead under Van Gaal.

"I am thoroughly enjoying my football and the team are progressing in the right direction under Louis van Gaal," Carrick said.

"We are all incredibly focused on getting this club back to where it belongs and competing with the best teams in the world."

United manager Van Gaal was delighted that his vice-captain had committed his future to the club.

"He is for me my second captain behind Wayne Rooney and he can also read the game as a team player so that's very important," Van Gaal said.

"He has also an excellent pass forward. I like, as a manager, passers forward so that's very important for me. He is an important part of my selection."

Carrick scored the second and set up Marouane Fellaini for the opener in United's 3-0 win over Tottenham last Sunday.

After eight months of trying, everything finally clicked into place for Van Gaal's men.

They played with width, pace, and flair as they swept three goals past Hugo Lloris in little over 35 minutes.

Van Gaal was delighted with his team's performance, but he says it will count for nothing unless his men beat Liverpool in Sunday's grudge match at Anfield.

"We played very good in the first half and it was also good to have an evaluation that is very positive," the Dutchman said.
"It's also good for the players. But it says nothing when you lose the next match.

"But the next match is against Liverpool and Liverpool is not the ground that Manchester United has won a lot (at) so when we show it again in Liverpool then we are a little bit further (along), I believe." 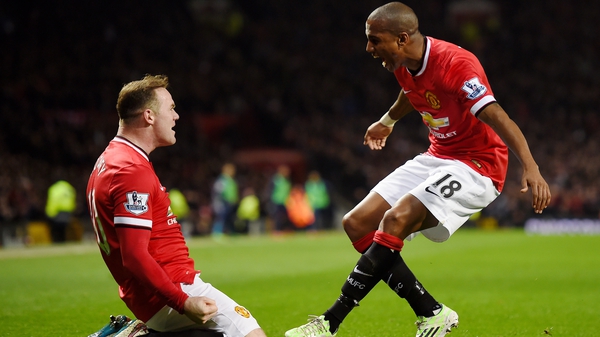