Thibaut Courtois believes Chelsea showed the character of champions to snatch victory against QPR and says the Blues will carry that same resilience into Saturday's clash with Manchester United.

Cesc Fabregas' 88th-minute winner at Loftus Road was enough to seal a 1-0 win for Jose Mourinho's side, who restored their seven-point lead at the top of the Premier League table.
The Spaniard's strike dealt another blow to the fading hopes of Chelsea's title rivals, with the Blues in a commanding position ahead of consecutive matches against United and Arsenal.

"If you want to be champions you need to win those kind of games," Courtois told Chelsea TV.

"It's a hard game here at QPR, on a small pitch, it's dry, it wasn't easy to play good football so there were a lot of long balls.

"But Didier (Drogba) did very well, he was so strong and we showed great character to win that game.

"The games against Manchester United and Arsenal are two important games so it will be very important to win them.

"But after this feeling today, we have a good feeling to go into the next ones."

Chelsea have played a game less than both United and Arsenal but both sides will be in confident mood after excellent runs of form.

Sunday's 4-2 demolition of Manchester City was United's sixth straight victory in the league while Arsenal have registered eight successive wins since losing to Tottenham in February.

"They're good games, they're mouth-watering games and everyone is looking forward to them," Chelsea defender Gary Cahill said.

"We've chalked another one off against QPR and we're taking those steps, we want to keep the momentum going next week.

"It should be a great game."

Chelsea striker Loic Remy is likely to be available again having missed the win over QPR with a minor calf strain.

Remy, who has scored twice in his previous two appearances, had been expected to start in place of the injured Diego Costa but was left out of the squad after picking up the injury in training. 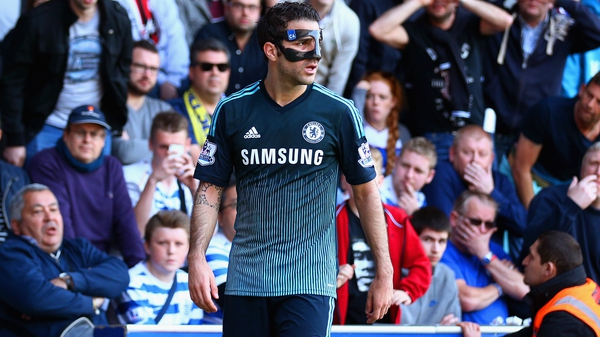