The Blues crashed out of the Champions League in the round of 16 stage after a 3-3 aggregate draw with Paris St Germain, the French side going through courtesy of two away goals in Stamford Bridge last night.

Speaking on RTÉ television after the bad-tempered game, which saw Zlatan Ibrahimovic sent off in controversial circumstances and seven other players receive yellow cards, Giles said the blame for their exit must rest with the manager.

He said: “The manager ultimately accepts the success, which he has done, very evidently over the years, so when you lose it has to be about him as well.

"He’s been a great coach but an evil presence in many ways. I think he’s bad for the game" John Giles on Jose Mourinho

“The behaviour of the players, [Diego] Costa in particular, has been disgraceful, with the encouragement of Mourinho.

“As soon as Ibrahimovic committed the foul you could see the players [surround the referee] to get him sent off. That’s been happening all the time.

“I think in many ways he’s been a great coach but an evil presence in many ways. I think he’s bad for the game.” 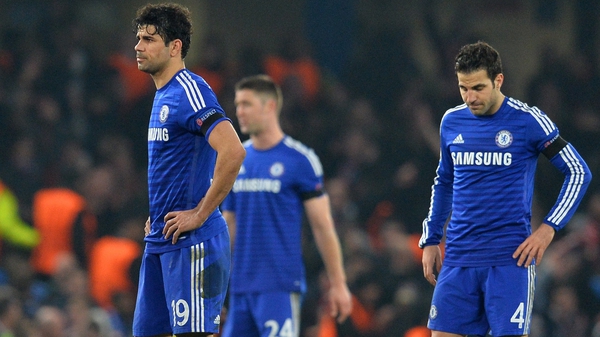